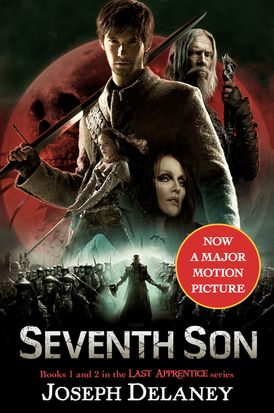 Book 1 and Book 2 of the best-selling fantasy adventure series that inspired the forthcoming major motion picture Seventh Son! Read Book 1, Revenge of the Witch, and Book 2, Curse of the Bane, in one volume! A major motion picture phenomenon and an international bestseller, The Last Apprentice will haunt you—and terrify you—and keep you coming back for more.

This volume includes Book 1, Revenge of the Witch, and Book 2, Curse of the Bane, of the Last Apprentice series. Only the Spook has the knowledge and skill to face ghosts, bind witches, and bargain with boggarts. Now he needs an apprentice—Tom Ward, who is the seventh son of a seventh son. Other apprentices have come before. All have failed, or fled, or died. Will Tom learn what they could not? Can he trust anyone, even his one true love? He will find out—and soon, for the dark is getting powerful, and the Spook's time has come. Will Tom survive to carry on his master's battle? Will he be the Last Apprentice?

Praise for the Last Apprentice series: “This is the stuff of skin-prickling campfire stories.” — Publishers Weekly (starred review)

“Delaney’s mastery of suspense will grip even reluctant readers with his dramatic, beautifully paced prose.” — The Times (London)