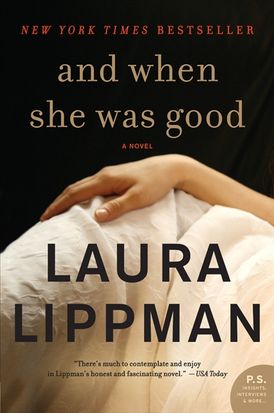 Based on New York Times bestseller Laura Lippman's acclaimed, multi-award-nominated short story "Scratch a Woman," And When She Was Good is the powerfully gripping, intensely emotional story of a suburban madam, a convicted murderer whose sentence is about to be overturned, and the child they will both do anything to keep.

In the comfortable suburb where Heloise Lewis lives, she's just a mom, the youngish widow with a forgettable job who somehow never misses a soccer game or a school play. In the state capitol, she's the redheaded lobbyist with a good cause and a mediocre track record.

But in discreet hotel rooms throughout the area, she's the woman of your dreams—if you can afford her hourly fee.

But now, after a decade, her secret life is under siege. Her once oblivious accountant is asking loaded questions. Her longtime protector is hinting at new dangers. Her employees can't be trusted. One county over, another so-called suburban madam has been found dead in her car, a suicide. Or is it? And then she learns that her son's father, a killer and former pimp, might be released from prison. With no formal education, no real family, and no friends, Heloise has to remake her life—again. Disappearing will be the easy part. The trick will be living long enough to start a new life.

“AND WHEN SHE WAS GOOD is a steady, surprising tale… Ms. Lippman’s nominal subject may be prostitution, but her book is not about a woman who takes care of clients. It’s about a woman who can take care of herself.” - New York Times

“Shifting smoothly from Heloise’s past to her present, Lippman delivers an intense character study about a strong, complex woman whose love for her son compels her to make some desperate choices.” - Publishers Weekly (starred review)