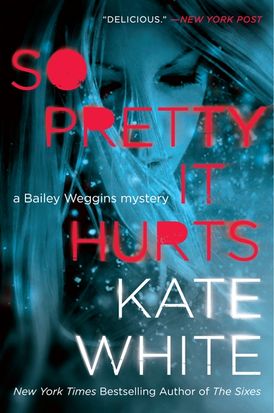 From New York Times bestselling author Kate White comes So Pretty It Hurts, the gripping and tense novel perfect for fans of In a Dark, Dark Wood and The Hunting Party.

Bailey Weggins, the sassy amateur sleuth and true-crime journalist, is enjoying her regular gig at Buzz, a leading celebrity magazine and hoping her first book will garner attention. In the love department, she’s finally back in the game with her recently-turned-exclusive boyfriend, Beau Regan.

When Beau heads out of town one early December weekend, Bailey accepts an invitation from her office friend Jessie to a music mogul’s house in the country, hoping for a fun, relaxing getaway. But there's tension among the houseguests—a glamorous crowd that includes the famously thin supermodel Devon Barr—and an impending snowstorm only adds to the unease. So when Devon’s lifeless body is found in her bed, Bailey immediately suspects foul play: she can’t stop thinking of the day before, when a frightened Devon shivered in the woods and pleaded, “I have to get out of here. . . . It’s not safe for me.”

When Bailey starts to nose around, she finds herself running closer to the truth and straight into danger. She’s determined to find out who’s responsible, but her investigation could provoke the killer into striking again…

“After two stand-alones from White, it’s good to have Bailey back in her sixth outing (after Lethally Blond, 2007). She’s a smart, sexy sleuth with a growing fan base.” — Booklist

“Entertaining. . . . A fast-paced insider look at the seedy underworld of fame. Fans of the series and readers who love tabloid drama will be enthralled.” — Publishers Weekly 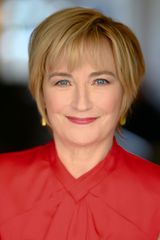 Other Works by Kate White

Such a Perfect Wife

The Secrets You Keep