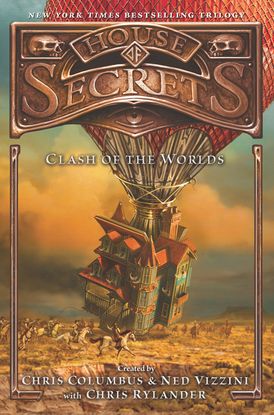 The final book in the New York Times bestselling House of Secrets series that was called “a breakneck, jam-packed roller coaster of an adventure” by J. K. Rowling. Created by Hollywood director Chris Columbus (of Harry Potter fame) and bestselling author Ned Vizzini (It’s Kind of a Funny Story), with the acclaimed author of the Codename Zero series and the Fourth Stall saga, Chris Rylander.

With their last adventure just barely over, the Walker kids thought life would finally go back to normal. But things don’t remain calm for long . . . especially when the colossus Fat Jagger turns up in San Francisco Bay—and he’s in danger!

With the police closing in, the Walkers must figure out how to save their giant friend. When a frost beast is spotted in Santa Rosa—and more mystical creatures start appearing all over America—it’s soon clear that the characters from Denver Kristoff’s works are invading the real world. It’s up to Brendan, Eleanor, and Cordelia to reenter the book world one last time to keep the worlds from colliding, causing mass destruction.

They will have to track down three Worldkeepers hidden in Kristoff’s books—magical items that when used together will seal the worlds off for good. But the Walkers’ first move leads them straight into the Wild West, with lethal outlaws and lawless deputies—and that’s just the beginning. They’ll encounter dinosaurs, aliens, killer robots, and the Wind Witch herself—with new friends and old—and be faced with some of the deadliest choices they’ll ever have to make. The scariest thing of all could be deciding who to trust, since everyone is hiding something. . . .

Praise for HOUSE OF SECRETS: “A breakneck, jam-packed rollercoaster of an adventure about the secret power of books, HOUSE OF SECRETS comes complete with three resourceful sibling heroes, a seriously creepy villainess, and barrel loads of fantasy and fear.” - J.K. Rowling

Praise for HOUSE OF SECRETS: “A swift-paced . . . clever page-turner for any reader who has wanted to take part in literary adventures. . . . This story is compelling, great fun, and sure to be popular.” - ALA Booklist

Praise for HOUSE OF SECRETS: “In a rousing adventure reminiscent of THE EMERALD ATLAS, director Columbus and author Vizzini catapult a trio of siblings across time and space, as they square off against a forgotten writer’s literary legacy... The nonstop action comes with increasingly high stakes...wildly imaginative.” - Publishers Weekly

Praise for HOUSE OF SECRETS: “[It] stirs up plenty of action involving pirates, giants, and man-eating insects - not to mention a skeleton sword fight worthy of Jason and the Argonauts. House will have even reluctant readers lining up for a sequel.” - Tara Fowler, Entertainment Weekly (A- Review)

Praise for HOUSE OF SECRETS: “HOUSE OF SECRETS is one of the most entertaining middle-grade fantasy novels I have ever read. Anyone can enjoy House of Secrets because it’s chock full of action, adventure, and humor...Once you read HOUSE OF SECRETS you’ll be begging for the sequel!” - Jonathan Goldhirsch, Examiner.com

Praise for HOUSE OF SECRETS: “This book is a true masterpiece of perfection.” - Krazy Kesh, The Guardian

Praise for HOUSE OF SECRETS: “Columbus and Vizzini craft a fast-moving, cinematic narrative that packs plenty of punch.” - Kirkus Reviews

Praise for HOUSE OF SECRETS: “Columbus and Vizzini know how to keep a story moving. Every chapter ends in a cliffhanger.” - Marjorie Ingall, The New York Times

Praise for HOUSE OF SECRETS: BATTLE OF THE BEASTS: “A dark action-adventure-fantasy with surprising heart.” - Kirkus Reviews

Praise for HOUSE OF SECRETS: BATTLE OF THE BEASTS: “[An] imaginative, fast-paced adventure that is sure to please fans.” - Booklist

For over twenty-five years, Chris Columbus has written, directed and produced some of the most successful box-office hits, which have established him as a major force in contemporary Hollywood film-making. As a writer, he launched his career with the legendary films Gremlins and The Goonies. Columbus directed and produced the first two films in the blockbuster Harry Potter series and produced the third. More recently, Columbus has directed features such as the hit film Percy Jackson & the Olympians: The Lightning Thief. As a
director, Columbus has been at the helm of such films as Home Alone and Mrs. Doubtfire.

Ned Vizzini (1981-2013) began writing for the New York Press at the age of fifteen. At seventeen, he was asked to write a piece for the New York Times Magazine, and at nineteen, he published Teen Angst? Naaah…, his autobiography of his years at Stuyvesant High School. His debut teen novel, Be More Chill, was selected for the Today Show Book Club by Judy Blume. It's Kind of a Funny Story, a cult classic, was adapted into a 2010 film starring Zach Galifianakis and named one of the 100 Best-Ever Teen Novels by National Public Radio. The Other Normals, his third novel, was a Junior Library Guild selection. He was the co-author, with Chris Columbus, of the New York Times bestselling fantasy-adventure series House of Secrets. He wrote for the New Yorker and Salon. He also wrote for television, including MTV's hit show Teen Wolf. His work has been translated into twenty-five languages 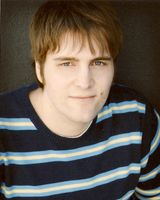 Chris Rylander is the author of the Codename Conspiracy series and the Fourth Stall saga. A fan of chocolate, chips, and chocolate chips, he lives in Chicago. You can visit him online at www.chrisrylander.com.

Other Works by Chris Rylander

Warriors: A Shadow in RiverClan