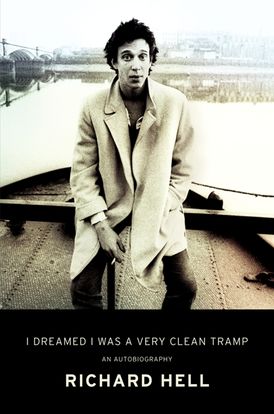 The sharp, lyrical, and no-holds-barred autobiography of the iconoclastic writer and musician Richard Hell, charting the childhood, coming of age, and misadventures of an artist in an indelible era of rock and roll...

From an early age, Richard Hell dreamed of running away. His father died when he was seven, and at seventeen he left his mother and sister behind and headed for New York City, place of limitless possibilities. He arrived penniless with the idea of becoming a poet; ten years later he was a pivotal voice of the age of punk, starting such seminal bands as Television, the Heartbreakers, and Richard Hell and the Voidoids—whose song "Blank Generation" remains the defining anthem of the era. Hell was significantly responsible for creating CBGB as punk ground zero; his Voidoids toured notoriously with the Clash, and Malcolm McLaren would credit Hell as inspiration for the Sex Pistols. There were kinetic nights in New York's club demi-monde, descent into drug addiction, and an ever-present yearning for redemption through poetry, music, and art.

"We lived in the suburbs in America in the fifties," Hell writes. "My roots are shallow. I'm a little jealous of people with strong ethnic and cultural roots. Lucky Martin Scorsese or Art Spiegelman or Dave Chappelle. I came from Hopalong Cassidy and Bugs Bunny and first grade at ordinary Maxwell Elementary." How this legendary downtown artist went from a prosaic childhood in the idyllic Kentucky foothills to igniting a movement that would take over New York's and London's restless youth cultures—and spawn the careers of not only Hell himself, but a cohort of friends such as Tom Verlaine, Patti Smith, the Ramones, and Debbie Harry—is just part of the fascinating story Hell tells. With stunning powers of observation, he delves into the details of both the world that shaped him and the world he shaped.

An acutely rendered, unforgettable coming-of-age story, I Dreamed I Was a Very Clean Tramp evokes with feeling, clarity, and piercing intelligence that classic journey: the life of one who comes from the hinterlands into the city in search of art and passion.

“A rueful, battle-scarred, darkly witty observer of his own life and times.” - New York Times

“In his poetic memoir, I Dreamed I Was a Very Clean Tramp, Hell takes us on a tour of a lost world and stakes out his place in cultural history.” - Los Angeles Times

“Hell brings to his new autobiography more literary experience than your typical rock memoirist…I Dreamed I Was a Very Clean Tramp ultimately celebrates passion, in all its complicated, sometimes dangerous forms.” - USA Today

“This valuable book... is not only an absorbing cultural history but also a clear-eyed story that superbly channels the attitude expressed in the first blurt to his best-known song ‘Blank Generation’: “I was saying let me out of here before I was even born.” - Boston Globe

“Mr. Hell has an excellent new memoir, I Dreamed I Was a Very Clean Tramp, that describes that wild, reckless and important era in downtown Manhattan with candor, wit and reverence.” - The Observer

“His book shines its own dirty light. Which means it has lots of sex, drugs, and rock’n’roll. Pick up I Dreamed I Was a Very Clean Tramp, if you want poetry and insight.” - Spin

“There are many shivery, illicit pleasures in this louche memoir… Hell was a virtuoso of taste, a critic with a sensibility so fine and unconventional it bordered on its own form of art… weird and singular and superbly self-aware.” - BookForum

“Hell is an enthusiastic reporter of the critical artistic crossover of the avant-garde art scene and the world of punk rock... his account rings true and it entertains... a treasure both to those present during gritty, heady ‘70s NYC and to those not.” - Time Out New York (4 Stars)

“Hell brings his searingly honest songwriting style to this candid and page-turning memoir... [Hell’s] portrait of the artist searching for himself offers a glimpse into his own genius as well as recreating the hellishness and the excitement of a now long-gone music scene in New York City.” - Publishers Weekly (starred review)

“A skilled writer…In recalling the days when love came in spurts, Hell is precise, telling a lot without ever seeming to tell too much. He nails the essence of both scenes and people, from rock peers to exploitative record producers…A deft, lyrical chronicle.” - Kirkus Reviews 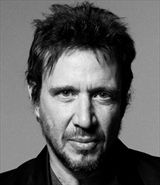 Since retiring from music in 1984, Richard Hell has focused primarily on writing. He is the author of the journals collection Artifact; the novels Go Now and Godlike; and the collection of essays, notebooks, and lyrics Hot and Cold; as well as numerous other pamphlets and books. Hell has published essays, reportage, and fiction in such publications as Spin, GQ, Esquire, the Village Voice, Vice, Bookforum, Art in America, the New York Times, and the New York Times Book Review. From 2004 to 2006 he was the film critic for BlackBook magazine. He lives in New York City.

Other Works by Richard Hell