How Bin Laden’s Master Spy Penetrated the CIA, the Green Berets, and the FBI 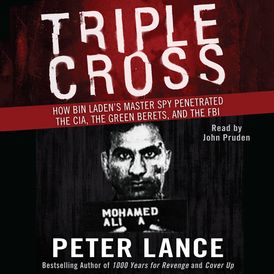 How Bin Laden’s Master Spy Penetrated the CIA, the Green Berets, and the FBI

In the years leading to the 9/11 attacks, no single agent of al Qaeda was more successful in compromising the U.S. intelligence community than Ali Mohamed. A former Egyptian army captain, Mohamed succeeded in infiltrating the CIA in Europe, the Green Berets at Fort Bragg, and the FBI in California—even as he helped to orchestrate the al Qaeda campaign of terror that culminated in 9/11.

As investigative reporter Peter Lance demonstrates in this gripping narrative, senior U.S. law enforcement officials—including the now-celebrated U.S. attorney Patrick Fitzgerald, who personally interviewed Mohamed long before he was brought to ground—were powerless to stop him. In the annals of espionage, few men have moved between the hunters and the hunted with as much audacity as Ali Mohamed. For almost two decades, the former Egyptian army commando succeeded in living a double life. Brazenly slipping past watch lists, he moved in and out of the U.S. with impunity, marrying an American woman, becoming a naturalized citizen, and posing as an FBI informant—all while acting as chief of security for Osama bin Laden and Ayman Al-Zawahiri. Known to his fellow terrorists as Ali Amiriki, or “Ali the American,” Mohamed gained access to the most sensitive intelligence in the U.S. counterterrorism arsenal while brokering terror summits, planning bombing missions, and training jihadis in bomb building, assassination, the creation of sleeper cells, and other acts of espionage.

Building on the investigation he first chronicled in his previous books, 1000 Years for Revenge and Cover Up, Lance uses Mohamed to trace the untold story of al Qaeda’s rise in the 1980s and 1990s. Incredibly, Mohamed, who remains in custodial witness protection today, has never been sentenced for his crimes. He exists under a veil of secrecy—a living witness to how the U.S. intelligence community was outflanked for years by the terror network. From his first appearance on the FBI’s radar in 1989—training Islamic extremists on Long Island—to his presence in the database of Operation Able Danger eighteen months before 9/11, this devious triple agent was the one terrorist they had to sweep under the rug.

Filled with news-making revelations, Triple Cross exposes the incompetence and duplicity of the FBI and Justice Department before 9/11 . . . and raises serious questions about how many more secrets the Feds may still be hiding. 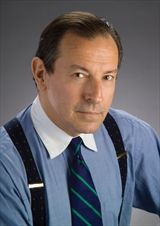 Peter Lance is the author of three previous works of investigative journalism, 1000 Years for Revenge, Cover Up, and Triple Cross. A former correspondent for ABC News, he covered hundreds of stories worldwide for 20/20, Nightline, and World News Tonight. Among his awards are the Robert F. Kennedy Journalism Prize and the Sevellon Brown Award from the Associated Press. He lives in California.

Other Works by Peter Lance