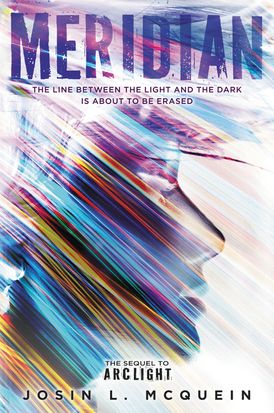 The electrifying sequel to Arclight, which Pittacus Lore called "powerful and gripping." Those within the Arc thought that they were the last humans left after the world was destroyed—but they were wrong. There are more survivors. But there is also more to be afraid of. A suspenseful sci-fi thriller to hand to fans of Veronica Roth, Stephen King's Under the Dome, and Justin Cronin's The Passage.

Marina thought she had solved all of the Arclight's mysteries. But there is so much more that Marina is only discovering now. There are more people out there; those in the Arclight compound aren't the only humans who survived the Fade, the monsters that destroyed civilization. Only Marina—and her friends, all of whom have connections to the Fade they never knew about—can lead everyone to the other survivors. But there are also darker dangers that even the Fade fear. The sequel to Arclight, Meridian is an intense, action-packed page-turner about the lines we draw between right and wrong, light and dark . . . and how nothing is ever that black and white.

“Readers will love the duality of Marina and Cherish…This book has a little something for everyone.” - Voice of Youth Advocates (VOYA)

Praise for Arclight: “Powerful and gripping straight out the door—Arclight will keep you up at night, if you dare stay awake.” - Pittacus Lore, author of the #1 New York Times bestselling I Am Number Four series

“McQuein strongly evokes the claustrophobic tyranny of adult authority and institutional spaces, as well as the irrational human faith in the voice of ‘experience,’ in this fine debut.” - Publishers Weekly

“Marina has a strong but inexplicable connection to the Fade, [and] she and Tobin enter dangerous dark territory to discover the truth.” - Booklist

“In a dystopian future colony that holds back the monsters that have taken over the world, a girl tries to find her place. … Marina … stands out as an interesting and spunky character, enough of a rebel to take some major chances.” - Kirkus Reviews 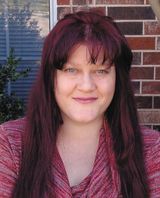 Josin L McQuein was born and raised in Texas, where she used writing as a way to escape when she needed a break from caring for ailing relatives. 'Arclight' is her first novel.

Other Works by Josin L McQuein