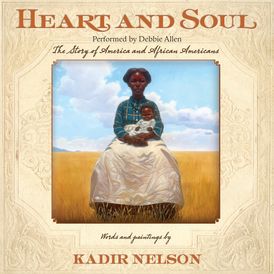 The story of America and African Americans is a story of hope and inspiration and unwavering courage. Kadir Nelson's award-winning Heart and Soul is about the men, women, and children who toiled in the hot sun picking cotton for their masters; it's about the America ripped in two by Jim Crow laws; it's about the brothers and sisters of all colors who rallied against those who would dare bar a child from an education. It's a story of discrimination and broken promises, determination, and triumphs.

Kadir Nelson's Heart and Soul—the winner of numerous awards, including the Coretta Scott King Author Award and Illustrator Honor, and the recipient of five starred reviews—is told through the unique point of view and intimate voice of a one-hundred-year-old African-American female narrator.

This inspiring book demonstrates that in striving for freedom and equal rights, African Americans help our country on the journey toward its promise of liberty and justice—the true heart and soul of our nation. 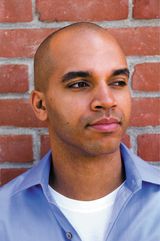 Other Works by Kadir Nelson

Other Works by Kadir Nelson

If You Plant a Seed