Apologies to My Censor

The High and Low Adventures of a Foreigner in China 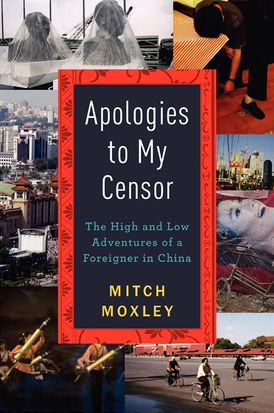 Apologies to My Censor

The High and Low Adventures of a Foreigner in China

Inspired by his article “Rent a White Guy,” published in The Atlantic, comes a chronicle of Moxley’s outrageous adventures in Beijing--from fake businessman to Chinese propagandist to low-budget music video star--as well as a young man’s search for identity in the most unexpected of places.

Mitch Moxley came to Beijing in the spring of 2007 to take a job as a writer and editor for China Daily, the country’s only English-language national newspaper. The Chinese economy was booming, the Olympics were on the horizon, and Beijing was being transformed into a world-class city overnight. Moxley planned to stay through the Olympics and then head back to Canada.

That was five years ago. In that time Moxley has fed a goat to a tiger, watched a bear ride a bicycle while wearing lingerie (he has witnesses), and has eaten scorpions and silkworms. He also appeared as one of Cosmopolitan’s 100 most eligible bachelors in China, acted in a state-funded Chinese movie, and was paid to pose as a fake businessman.

These experiences, and many more, are chronicled in Tall Rice, the comic adventures and misadventures of Moxley’s time in China and his transformation into his alter ego—Mi Gao, or Tall Rice. The books spans the five years that Moxley has lived in China; five years that coincide with China’s arrival on the world stage and its emergence as a global superpower. A funny and honest look at expat life, and the ways in which a country can touch and transform you.

“In this witty memoir, Moxley recounts his coming-of-age years in the strange, gritty, and wonderful environment that is 21st century China. . . . A nostalgic travelogue.” - Publishers Weekly

Though [Moxley] infuses Apologies with much insight and color commentary as to the cultural divides between East and West, it’s his own interior development that makes his memoir a success. - Shelf Awareness 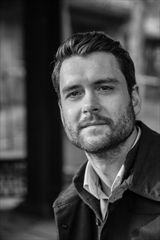 Mitch Moxley spent six years as a freelance writer in Beijing. He writes about culture, travel, and current affairs for publications including The Atlantic, the New York Times, the Globe and Mail, and others. Mitch went to China in 2007 to work at the state-owned China Daily.

Other Works by Mitch Moxley