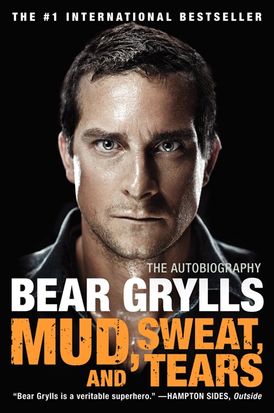 Bear Grylls has always sought the ultimate in adventure. Growing up on a remote island off of Britain's windswept coast, he was taught by his father to sail and climb at an early age. Inevitably, it wasn't long before the young explorer was sneaking out to lead all-night climbing expeditions.

As a teenager at Eton College, Bear found his identity and purpose through both mountaineering and martial arts. These passions led him into the foothills of the mighty Himalayas and to a karate grandmaster's remote training camp in Japan, an experience that soon helped him earn a second-degree black belt. Returning home, he embarked upon the notoriously grueling selection course for the British Special Forces to join the elite Special Air Service unit 21 SAS—a journey that would push him to the very limits of physical and mental endurance.

Then, disaster. Bear broke his back in three places in a horrific free-fall parachuting accident in Africa. It was touch and go whether he would walk again, according to doctors. However, only eighteen months later, a twenty-three-year-old Bear became one of the youngest climbers to scale Mount Everest, the world's highest summit. But this was just the beginning of his many extraordinary adventures. . . .

Known and admired by millions as the star of Man vs. Wild, Bear Grylls has survived where few would dare to go. Now, for the first time, Bear tells the story of his action-packed life. Gripping, moving, and wildly exhilarating, Mud, Sweat, and Tears is a must-read for adrenaline junkies and armchair explorers alike.

Mud, Sweat, and Tears is required reading for fans of Man vs. Wild but also for anyone who revels in first-person stories of high adventure.” - BOOKLIST

“I cannont think of anyone who has faced challenges and overcome them like Bear Grylls.” - GENERAL CHARLES GUTHRIE, Colonel Commandant of the SAS

“Mud, Sweat, and Tears flows with the verve of an engaging novel and forms a satisfying life story brimming with excitement and adventuresome risk-taking. An inside look at the makings of an intrepid, insatiable explorer. ” - KIRKUS REVIEWS 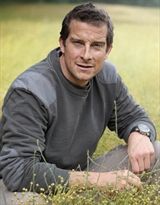 Bear Grylls has become known around the world as one of the most recognized faces of survival and outdoor adventure. His journey to this acclaim started in the UK, where his late father taught him to climb and sail. Trained from a young age in martial arts, Bear went on to spend three years as a soldier in the British Special Forces, serving with 21 SAS. It was here that he perfected many of the skills that his fans all over the world enjoy watching him pit against mother-nature.

His TV show Man Vs Wild and Born Survivor became one of the most watched programmes on the planet with an estimated audience of 1.2 billion. He also hosts the hit adventure show 'Running Wild' on NBC in America, as well as 'The Island with Bear Grylls' & 'Bear's Wild weekends' for Channel 4 in the UK.

He is currently the youngest ever Chief Scout to the UK Scout Association and is an honorary Lt-Colonel to the Royal Marines Commandos.

He has authored 14 books including the number one Bestseller: Mud, Sweat & Tears.

Other Works by Bear Grylls

How to Stay Alive

The Dangerous Book For Boys

A Survival Guide for Life

Without Ever Reaching the Summit