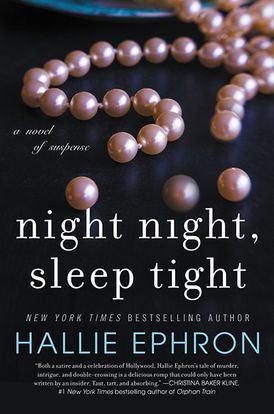 From the award-winning author of There Was an Old Woman comes a riveting tale of domestic noir, infused with old Hollywood folklore and glamour, set in a town rife with egotism and backstabbing and where fame and infamy are often interchangeable.

Los Angeles 1986: When Deirdre Unger arrived in Beverly Hills to help her bitter, disappointed father sell his dilapidated house, she discovers his lifeless body floating face down in the swimming pool. At first, Deirdre assumes her father’s death was a tragic accident. But the longer she stays in town, the more she suspects that it is merely the third act in a story that has long been in the making.

The sudden re-surfacing of Deirdre’s childhood best friend Joelen Nichol—daughter of the legendary star Elenor “Bunny” Nichol—seems like more than a coincidence. Back in 1958, Joelen confessed to killing her movie star mother’s boyfriend. Deirdre happened to be at the Nichols house the night of the murder—which was also the night she suffered a personal tragedy of her own. Could all of these events be connected?

Her search to find answers forces Deirdre to confront a truth she has long refused to believe: beneath the slick veneer of Beverly Hills lie secrets that someone will kill to keep buried.

“An entertainingly suspenseful read with its mix of movie stars, scandal, gossip, and mystery.” - Library Journal

“NIGHT NIGHT, SLEEP TIGHT is Hallie Ephron at her very best, a layered, page-turning mystery that recalls the glamour of Old Hollywood and a generation of Beverly Hills kids who grew up in its shadow.” - William Landay, New York Times-bestselling author of Defending Jacob

“Like that exquisitely mixed highball, that perfect little black dress, or that luminescent string of pearls, Hallie Ephron’s NIGHT NIGHT, SLEEP TIGHT undulates with suspense and expertly puts the tinsel in Tinseltown.” - Craig Johnson, author of the Walt Longmire series, basis of the hit series Longmire

“Set in Hollywood in the 60s and 80s, Hallie Ephron’s Night Night, Sleep Tight shines with her intimate knowledge of time, place and character as well as glamour and suspense. Once you start reading, you won’t be able to stop.” - B.A. Shapiro, New York Times-bestselling author of The Art Forger

“As the daughter of screenwriters, Ephron knows the old Hollywood scene and re-creates it vividly...A fast-moving tale, with building suspense and the price of fame at its center.” - Booklist

“Both a satire and a celebration of Hollywood, Hallie Ephron’s tale of murder, intrigue and double-crossing is a delicious romp that could only have been written by an insider. Taut, tart and absorbing.” - Christina Baker Kline, #1 New York Times bestselling author of Orphan Train

“A spellbinding story steeped in Hollywood legend and lore, NIGHT NIGHT, SLEEP TIGHT is richly atmospheric, multi-layered and deeply resonant. Ephron expertly weaves the past and present together, and has them collide in wonderfully jarring and unexpected ways.” - Jennifer McMahon, New York Times-bestselling author of The Winter People 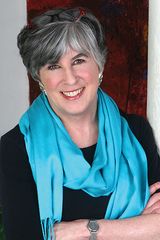 Hallie Ephron is the New York Times bestselling author of Never Tell a Lie, Come and Find Me, There Was an Old Woman, and Night Night, Sleep Tight. For twelve years she was the crime fiction reviewer for the Boston Globe. The daughter of Hollywood screenwriters, she grew up in Beverly Hills, and lives near Boston, Massachusetts.

Other Works by Hallie Ephron

Careful What You Wish For

There Was an Old Woman

Come and Find Me