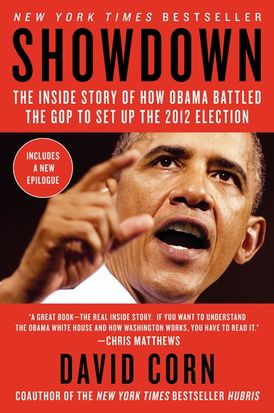 Veteran journalist David Corn—Washington Bureau Chief for Mother Jones magazine and New York Times bestselling author of Hubris (with Michael Isikoff) and The Lies of George W. Bush—now brings us  Showdown, the dramatic inside story of Barack Obama’s fight to save his presidency. With Bob Woodward-esque insight and narrative flair, Corn takes readers into the White House and behind the political scenes during the beleaguered president’s pivotal third year, and explores the most earth-shaking events of the Obama presidency—from the game changing 2010 elections to the Arab Spring, the debt ceiling battle with Congressional Republicans, the killing of Osama bin Laden and beyond.

“A great book - the real inside story. If you want to understand the Obama White House and how Washington works, you have to read it.” - Chris Matthews

“Best account yet of how Obama strategizes.” - Jefferson Morley, Salon.com

“A dramatic behind-the-scenes account of the decision making that occured within the Obama White House following the disastrous-for-Democrats 2010 midterm election... shows how Obama got his groove back in time for the 2012 campaign.” - Huffington Post

“Through the lens of policy battles, you get a remarkably vivid pen portrait of Obama himself and how he thinks.” - Kevin Drum, Mother Jones

“Fine book about how the Obama administration maneuvered to it’s advantage in the face of the catastrophic loses of the 2010 midterm elections.” - Charles P. Pierce, Esquire

“Why did Obama and Democrats pivot so hard towards deficit reductions, and away from job creation after the 2010 elections? We now have a book that sheds some fresh light on what drove this pivot. ... Corn reports on a number of behind the scene discussions...illuminating.” - Greg Sargent, the Washington Post

“Showdown chronicles the administration over the past two years.” - USA Today 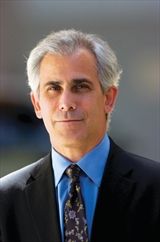 David Corn is the Washington bureau chief for Mother Jones magazine and an analyst for MSNBC and NBC News. He is the author of the New York Times bestsellers Hubris (with Michael Isikoff) and The Lies of George W. Bush, and regularly provides commentary on National Public Radio.

Other Works by David Corn