The Myth of Persecution

How Early Christians Invented a Story of Martyrdom 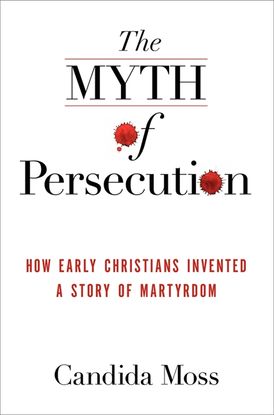 The Myth of Persecution

How Early Christians Invented a Story of Martyrdom

In The Myth of Persecution, Candida Moss, a leading expert on early Christianity, reveals how the early church exaggerated, invented, and forged stories of Christian martyrs and how the dangerous legacy of a martyrdom complex is employed today to silence dissent and galvanize a new generation of culture warriors.

According to cherished church tradition and popular belief, before the Emperor Constantine made Christianity legal in the fourth century, early Christians were systematically persecuted by a brutal Roman Empire intent on their destruction. As the story goes, vast numbers of believers were thrown to the lions, tortured, or burned alive because they refused to renounce Christ. These saints, Christianity's inspirational heroes, are still venerated today.

Moss, however, exposes that the "Age of Martyrs" is a fiction—there was no sustained 300-year-long effort by the Romans to persecute Christians. Instead, these stories were pious exaggerations; highly stylized rewritings of Jewish, Greek, and Roman noble death traditions; and even forgeries designed to marginalize heretics, inspire the faithful, and fund churches.

The traditional story of persecution is still taught in Sunday school classes, celebrated in sermons, and employed by church leaders, politicians, and media pundits who insist that Christians were—and always will be—persecuted by a hostile, secular world. While violence against Christians does occur in select parts of the world today, the rhetoric of persecution is both misleading and rooted in an inaccurate history of the early church. Moss urges modern Christians to abandon the conspiratorial assumption that the world is out to get Christians and, rather, embrace the consolation, moral instruction, and spiritual guidance that these martyrdom stories provide.

“Brilliant and provocative…Drawing on close readings of traditional martyr stories and on deep historical research, she convincingly demonstrates that little evidence exists for the widespread persecution of Christians by the Romans.” - —Publisher's Weekly

“Compellingly argued and artfully written, Moss reveals how the popular misconception about martyrdom in the early church still creates real barriers to compassion and dialogue today. An important book and a fascinating read.” - —Archbishop Desmond Tutu

“This is the best sort of history: delightfully accessible yet based on prodigious scholarship, deeply serious, yet entertaining and enlightening. Above all, it shows the reader the importance of sweeping away myth, in order that we do not behave badly in the present, using the past as our excuse.” - —Diarmaid MacCulloch, Professor of the History of the Church at Oxford University and author of Christianity: the First Three Thousand Years

“A tour de force addition to the literature of sacred violence; a case study in how bold scholarship can dismantle it. Candida Moss’s religious history will change religion, and, if Christians heed it, history, too.” - —James Carroll, Author of Jerusalem, Jerusalem

“Moss dismantles the wall of righteousness that some Christians erect in order to justify their conflict with others. Without this persecution narrative, we will be better equipped to work together in our complex and pluralistic world.” - —Sister Simone Campbell, Executive Director of NETWORK

“This is a timely and eye opening book. Moss’ carefully researched and readable account corrects and clarifies an important feature of a history that has been fictionalized for too long.” - —Harvey Cox, Hollis Research Professor of Divinity at Harvard, and author of The Future of Faith

“In engaging prose and with scholarly acumen, Moss pulls back the curtain on one of Western history’s best-kept secrets-that Christians were never subjects of sustained persecution. Read this book and rejoice as Moss turns history on its head and points the way beyond religious violence.” - —Diana Butler Bass, author of Christianity After Religion

“Not only has Candida Moss reminded us that much of what we accept uncritically is pious legend, but that such myths poison the religious and political rhetoric of our time. There is something here to offend everyone, which is the first sign of groundbreaking work.” - —Rev. Dr. Robin R. Meyers, UCC Minister and author of The Underground Church: Reclaiming the Subversive Way of Jesus

“Historical argumentation at its most cogent.” - —Booklist

“Fascinating…One of the most enlightening aspects of “The Myth of Persecution” is Moss’ ability to find contemporary analogies that make the ancient world more intelligible to the average reader.” - --Salon.com

“Like the ancient poets, Moss at once instructs and entertains. She also transgresses the boundary between historian and theologian and calls the church to repentance. She contends that the martyrdom narrative poses grave dangers, having contributed to everything from mild alienation to outright atrocity throughout the church’s history.” - Christian Century

“Fascinating….beyond simply recasting ancient stories in a new light, the book provides a hopeful outlook for a world in which modern Christians could drop the myth of their persecuted past.” - U.S. Catholic

“Exhaustively researched, yet accessible…Moss’ book lays bare that truth and presents us with the opportunity to, instead of retelling myth, begin to explore the actual history of this era.” - Portland Book Review 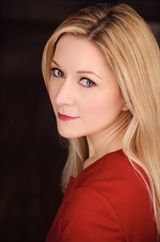 Candida Moss is professor of New Testament and Early Christianity at the University of Notre Dame. A regular contributor to The Daily Beast, Moss has appeared on The O'Reilly Factor, CBS News, FOX News, the History Channel, National Geographic, and the Travel Channel, and has served as an expert commentator for the Los Angeles Times, The Wall Street Journal, and other national media outlets.

Other Works by Candida Moss