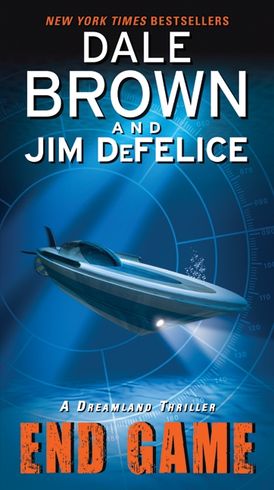 To combat terror, sometimes fire must be fought with fire.

In the Nevada desert, the high-tech future of warfare is being conceived and constructed at a top-secret military facility called Dreamland.

A volatile U.S. ally has fallen prey to the terrorist beast. India is the target of radical Islamic jihadists, and the world watches breathlessly as tensions escalate between the uneasy giant and its longtime nemesis, Pakistan—with China waiting in the wings, eager to flex its military might. A nuclear showdown seems inevitable, unless the masterminds at Dreamland can get to the mysterious source of the terror and end it, swiftly and permanently. Every technological wonder the military possesses must be employed to avert an all-out Apocalypse—from an awesome new hybrid Navy destroyer to robot Nighthawks. But the fate of the region and the world will depend on the newest brainchild of the Dreamland team: an unproven instrument of ultimate power called End Game.