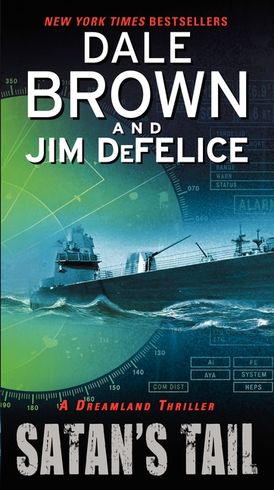 To fight the war on terror, America's warriors need new weapons. And here is where the future will be won.

In the Nevada desert, the high-tech future of warfare is being conceived and constructed at a top-secret military facility called Dreamland.

As extremist Islamic pirates, armed and supported by a powerful Saudi terrorist, prey on civilian vessels in the Gulf of Aden, America aggressively answers with serious muscle—a next-generation littoral warship with a full range of automated weapons systems that the enemy has dubbed "Satan's Tail." However, unforeseen technological problems, combined with the suicidal tendencies of a fanatical foe, mean support is needed from above—and a pair of Dreamland's awesome Megafortresses and their Flighthawk escorts are dispatched to the war zone. But bitter professional rivalries threaten to damage, perhaps even destroy, the mission, as a vengeful opponent takes advantage of the disruption to strengthen his outlaw navy and set its sights horrifically high—raising the stakes in a battle the U.S. and the world simply cannot afford to lose.