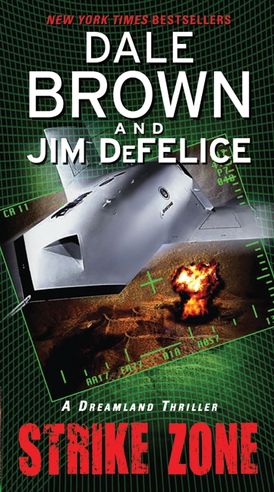 In the Nevada desert, the high-tech future of warfare is being conceived and constructed at a top-secret military facility called Dreamland. This is where miracles are born.

An Asian war that would have escalated into a nuclear nightmare has been halted, thanks to the raw courage, unparalleled skill, and total commitment of the Dreamland force. But an analysis of radar data has revealed the presence of an unknown super-weapon in the area: a robot warplane with terrifying capabilities, dubbed the "ghost clone." Though strikingly similar to Dreamland's own U/MF Flighthawk, no one knows where this fearsome instrument of destruction originated, but a rogue nation possessing a squadron of them could wreak unimaginable havoc on an unsuspecting free world. Now nothing less than a brazen, brilliantly conceived deception will lure the ghost clone out of hiding—and only a daring strike on enemy soil can avert a tomorrow too terrible to consider ... if it isn't already too late.