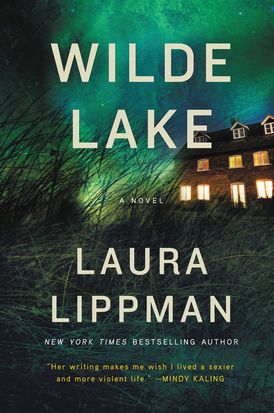 A Best Novel nominee for the 2017 Anthony Award!

An African-American man accused of rape by a humiliated girl.  A vengeful father.  A courageous attorney.  A worshipful daughter.  Think you know this story?  Think again.

Luisa “Lu” Brant is the newly elected state’s attorney representing suburban Maryland—including the famous planned community of Columbia, created to be a utopia of racial and economic equality. Prosecuting a controversial case involving a disturbed drifter accused of beating a woman to death, the fiercely ambitious Lu is determined to avoid the traps that have destroyed other competitive, successful women. She’s going to play it smart to win this case—and win big—cementing her political future.

But her intensive preparation for trial unexpectedly dredges up painful recollections of another crime—the night when her brother, AJ, saved his best friend at the cost of another man’s life. Only eighteen, AJ was cleared by a grand jury. Justice was done. Or was it? Did the events of 1980 happen as she remembers them? She was only a child then. What details didn’t she know?

As she plunges deeper into the past, Lu is forced to face a troubling reality. The legal system, the bedrock of her entire life, does not have all the answers. But what happens when she realizes that, for the first time, she doesn’t want to know the whole truth?

“Laura Lippman is one of my favorite writers. I cannot focus on anything else when I am reading one of her books. Her writing makes me wish I lived a sexier and more violent life.” - Mindy Kaling

“Laura Lippman’s WILDE LAKE is one of her best and most personal. . . . Lippman’s novels are tough-minded, entertaining, heartfelt and wise . . . . She’s one of today’s essential writers, and this, her 20th novel, reminds us why.” - Washington Post

“… [a] richly plotted and emotionally devastating standalone…Lippman plays with the concept of truth and expertly hones in on the question of whether there are some truths we never want to know.” - Publishers Weekly (starred review)

“She’s one of the best novelists around, period.” - Washington Post

“Laura Lippman’s stories aren’t just mysteries; they are deeply moving explorations of the human heart. She is quite simply one of the best crime novelists writing today.” - Tess Gerritsen

“Lippman is an expert at lending a clear-eyed view of the bonds that link people and the truths we tell ourselves to survive the emotional morass of life. She continues this high standard in Wilde Lake.” - Lisa Ko, author of The Leavers

“As shocking secrets are revealed, the reader realizes that nothing and no one can be taken at face value in Lippman’s brainy, witty, socially conscious, and all-consuming inquiry into human nature and our slowly evolving sense of justice and equality...Lippman is an A-list crime writer.” - Booklist (starred review)

“Lippman as always treads the fine line between certainty and amazement.” - Kirkus Reviews

“A heady brew of twisting tale and accelerating introspection, Wilde Lake at once disturbs and delights, as Lippman impels not only her characters but also her readers to question the depth of their understanding of the past…” - Richmond Times-Dispatch

“Lippman draws on two decades of crime reporting to produce a heart-stopping new thriller, which pivots on a state attorney’s drive and cunning as she unravels a baffling murder case with personal implications.” - O Magazine

Since Laura Lippman's debut in 1997, she has been recognized as a distinctive voice in mystery fiction and named one of the "essential" crime writers of the last 100 years. Her books have won most of the major awards in her field and been translated into more than twenty languages. She lives in Baltimore and New Orleans with her family.