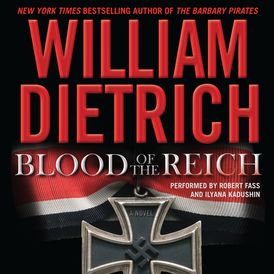 In Blood of the Reich, critically acclaimed and bestselling author William Dietrich weaves two stories separated by place and time yet deeply intertwined by the dangerous secret they share.

On the eve of World War II, explorer Kurt Raeder receives orders from Reichsführer-SS Heinrich Himmler to set out from Berlin in search of a legendary energy source hidden among the mountains of Tibet—one that could bring victory to the Nazis. Only one man can stop Raeder and his team of SS officers: wealthy American zoologist Benjamin Hood. Together with aviatrix Beth Calloway, he must race to the Buddhist kingdom before the tides of history run red with blood.

Decades later, in present-day Seattle, software publicist Rominy Pickett is saved from certain death by a mysterious journalist who claims to know the truth about her family. Rominy’s history and courage hold the key to defeating, once and for all, the evil forces again on the rise.

Moving from the remote woods of the Pacific Northwest to the underground laboratories of the CERN supercollider in France and Switzerland and to the mystical temples of Tibet, Blood of the Reich is a white-knuckle thrill ride filled with adventure, authentic historical detail, and unforgettable characters. This is William Dietrich at his very best. 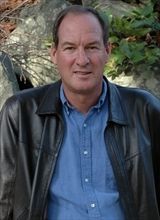 William Dietrich is the author of fourteen novels, including six previous Ethan Gage titles—Napoleon's Pyramids, The Rosetta Key, The Dakota Cipher, The Barbary Pirates, The Emerald Storm, and The Barbed Crown. Dietrich is also a Pulitzer Prize-winning journalist, historian, and naturalist. A winner of the PNBA Award for Nonfiction, he lives in Washington State.

Other Works by William Dietrich

My Place At The Table