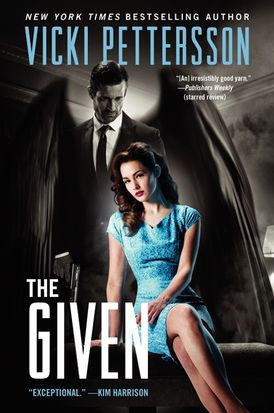 After learning his wife survived the attack that killed him fifty years earlier, angel/PI Griffin Shaw is determined to find Evelyn Shaw, no matter the cost. Yet his obsession comes at a price. Grif has had to give up his burgeoning love for reporter Katherine “Kit” Craig, the woman who made life worth living again, and dedicate himself to finding one he no longer knows.

Yet when Grif is attacked again, it becomes clear that there are forces in both the mortal and heavenly realm who’d rather see him dead than unearth the well-buried secrets of his past. If he’s to survive his second go-round on the Surface, Grif will have to convince Kit to reunite with him professionally, and help uncover decades of police corruption, risking both their lives . . . and testing the limits to what one angel is really willing to give for love.

“Pettersson impressively deepens and darkens the compelling romance between her complex and irresistibly tormented protagonists. Even minor figures are fascinating, as is the ruthlessly realistic setting.” — Publishers Weekly (starred review) on The Lost

“Exceptional. Mystery, crime scene drama, and more than enough romance to keep the heart pumping blend seemlessly into an enthralling read that kept me glued to the pages. I can’t wait for the sequel.” — Kim Harrison on THE TAKEN

“Intriguing mix of paranormal, romance and mystery with just enough suspense!” — Suspense magazine on THE TAKEN

“The Lost is one exciting follow-up! The romance between Kit and Grif is equal parts passion and doubt, keeping readers hanging on the reach the conclusion. And what a conclusion!...This is a wonderful sequel.” — Romantic Times BOOKclub on The Lost

“A stylish, atmospheric mash-up of rockabilly and angelic affairs quickly reveals itself to be so much more: THE TAKEN proves that Pettersson is not afraid to explore the darkest corners of the human heart – and that her gift for redemption is unsurpassed” — Sophie Littlefield

“Pettersson’s amazing new series is off to a rocking start with this compelling read.” — RT Book Reviews (top pick)

“A delectably dark paranormal thriller. I’ve always been a fan of Pettersson’s work, but she knocks it out of the park with this one.” — Kelley Armstrong 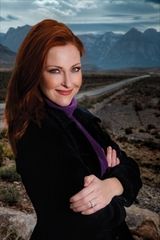 Vicki Pettersson is the New York Times bestselling author of the Sign of the Zodiac novels, a six-book urban fantasy series set in her hometown of Las Vegas. Though she'll always consider that glittering dust bowl home, she now divides her time between Vegas and Dallas, where she's learning to like good Tex-Mex (easy) and the Dallas Cowboys (easier than you'd think).

Other Works by Vicki Pettersson

The Scent of Shadows