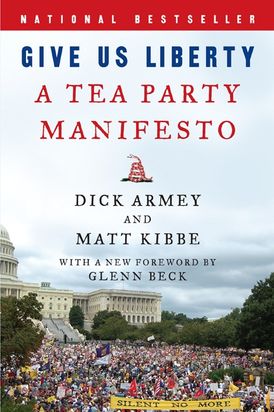 Former Majority Leader of the U.S. House of Representatives and leading organizer of the Tea Party movement, Dick Armey offers a Tea Party Manifesto: Give Us Liberty. Written with Matt Kibbee, President and CEO of FreedomWorks, Give Us Liberty defines the issues and agenda of the wildfire grassroots movement that is electrifying the nation, as it calls on fiscal conservatives to take back America.

“My friends Dick Armey and Matt Kibbe uniquely understand what this movement is really all about, where it’s going, and why it’s happening now. Give Us Liberty is a detailed recounting of both the philosophical evolution and historical development of the Tea Party. . . . If you find inspiration in these pages, know this: You must get involved. The incredible burden of responsibility put upon future generations by our Founding Fathers ultimately rests on your shoulders.” — Glenn Beck

Dick Armey served in the House of Representatives for eighteen years, becoming Majority Leader in 1994. That year he was the main author of the Contract with America, which helped Republicans take control of the House for the first time in forty years. Today, he serves as chairman of FreedomWorks and leads the same political revolution at the grassroots level. 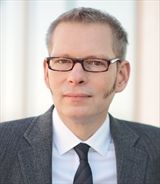 Matt Kibbe is the president and CEO of FreedomWorks, a national grassroots organization that serves citizens in their fight for more individual freedom and less government control. An economist by training, Kibbe is a well-respected policy expert, bestselling author, and a regular guest on CNN, Fox News, The Blaze TV, and MSNBC. He also serves as Distinguished Senior Fellow at the Austrian Economic Center in Vienna, Austria. Kibbe is author of the national bestseller Hostile Takeover: Resisting Centralized Government's Stranglehold on America (2012) and coauthor of Give Us Liberty: A Tea Party Manifesto (2010). Terry, his awesome wife of twenty-seven years, takes no responsibility for his many mistakes or frequent embarrassments.

Other Works by Matt Kibbe