The Last Apprentice: Lure of the Dead (Book 10) 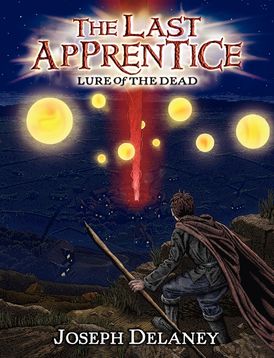 The Last Apprentice: Lure of the Dead (Book 10)

The tenth book in the internationally best-selling fantasy adventure series that inspired the forthcoming major motion picture Seventh Son. Back at home, but in no less danger, Tom will face a tragic love story, an unforgivable sacrifice, and a new creature of the dark that terrorizes a village with its thirst for blood.

Tom Ward, the Spook's apprentice, and his master have bound the Fiend at last. But now Tom must use his powers as the seventh son of a seventh son to put an end to the source of evil once and for all. When the Spook is captured by bloodthirsty creatures of the dark, Tom must vanquish a god, avenge his master, and protect the person he loves most—Alice—from himself. The Last Apprentice series is soon to be a major motion picture, Seventh Son, starring Jeff Bridges, Ben Barnes, Alicia Vikander, Kit Harington, Olivia Williams, Antje Traue, Djimon Hounsou and Julianne Moore as Mother Malkin. It's a suspenseful thrill-ride that's "spine-tingling" (Publishers Weekly) and "anything but tame" (Horn Book). But don't read it after dark!

“Delaney’s mastery of suspense will grip even reluctant readers with his dramatic, beautifully paced prose.” - The Times (London) 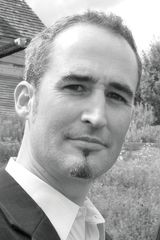 The Last Apprentice: Fury of the Seventh Son (Book 13)

The Last Apprentice: The Spook's Bestiary

The Last Apprentice: A Coven of Witches

The Last Apprentice: Clash of the Demons (Book 6)

The Last Apprentice: Wrath of the Bloodeye (Book 5)

The Last Apprentice: Curse of the Bane (Book 2)

The Last Apprentice: Revenge of the Witch (Book 1)