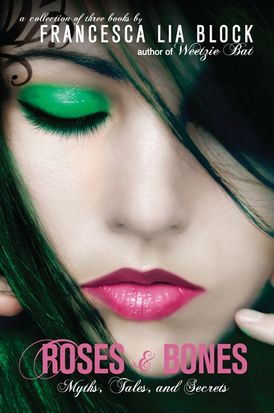 Francesca Lia Block, critically acclaimed author of Weetzie Bat, gathers together three of her most enchanting books into one volume. Retelling age-old fairytales and Classical myths, this collection captures the best Block has to offer: extravagantly imaginative tales, dark landscapes, fierce poetry, and storytelling that is nothing short of magical.

Psyche in a Dress is told in free verse. A contemporary retelling of several Greek myths rolled together, it is set in California in a world where Aphrodite owns a dress shop and Orpheus is a rock musician.

Echo is a prose reimagining of the stories of Echo and Narcissus. It stars a Hollywood girl who goes on a quest for love and along the way comes across angels, vampires, and fairies.

The Rose and the Beast is a collection of nine short stories which put a modern and original spin on fairytales such as Snow White, Thumbelina, Cinderella, Rose Red and Rose White, and others.

Roses and Bones was praised by VOYA as "a vivid and sensual ride." And each book in this evocative collection received multiple starred reviews, including one from Kirkus which proclaimed "Block uses language like a jeweled sword, glittering as it cuts to the heart."

“A retelling of myths and tales, Roses & Bones takes the reader on a vivid and sensual ride.” - Voice of Youth Advocates (VOYA)

PRAISE FOR PSYCHE IN A DRESS: “[Block] deftly weaves myth and magic into scenes from contemporary life, viewed through a shimmering prism of the very hip.” - Publishers Weekly (starred review)

“Riveting and brilliant, this is a must for most YA collections.” - School Library Journal

“Vignettes of urgent free verse make for a fast read…Block raises the edgy question: ‘Is beauty monstrous?’” - ALA Booklist

PRAISE FOR ECHO: “[Echo] begs not just to be read, but to be reread and savored.” - Publishers Weekly (starred review)

“[Block] is the sorceress of iridescent language.” - Kirkus Reviews

PRAISE FOR THE ROSE AND THE BEAST: “[Block] uses language like a jeweled sword, glittering as it cuts to the heart.” - Kirkus Reviews (starred review)

“Intoxicating... Heady... The darkness of these conflicts and subjects proves the strength of the magic [Block] describes: the transfiguring power of love.” - Publishers Weekly (starred review) 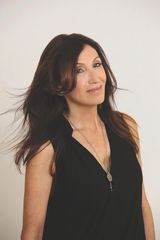 Francesca Lia Block, winner of the prestigious Margaret A. Edwards Award, is the author of many acclaimed and bestselling books, including Weetzie Bat; the book collections Dangerous Angels: The Weetzie Bat Books and Roses and Bones: Myths, Tales, and Secrets; the illustrated novella House of Dolls; the vampire romance novel Pretty Dead; and the gothic werewolf novel The Frenzy. Her work is published around the world.

Other Works by Francesca Lia Block

The Secret of a Heart Note