My Uncensored Life in Rock 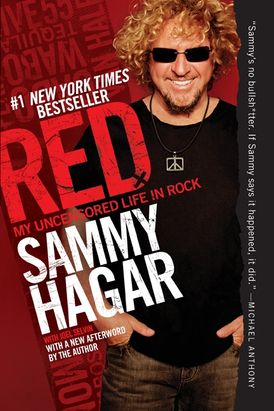 My Uncensored Life in Rock

Sammy Hagar—legendary lead singer of Van Halen, founder of the Cabo Wabo Tequila brand, and one of rock music’s most notoriously successful performers—tells his unforgettable story in this one-of-a-kind autobiography of a life at the top of the charts. From his decade-long journey alongside Eddie Van Halen to his raucous solo career with Chickenfoot and everything in between—the drugs, groupies, and excesses of fame, the outrageous stadium tours, and the thrill of musical innovation—Hagar reveals all in this treasure trove of rock-and-roll war stories. Red is a life-changing look at one of music’s biggest talents—an essential read for music fans and anyone dreaming of becoming rock’s next number one star.

“Sammy’s no bullsh*tter. If Sammy says it happened, it did. There’s nobody else anywhere like him.” - Michael Anthony

“Sammy has maintained his all-star success no matter where his Red Rocker career has taken him. He still can’t drive fifty-five, but hey, he’s the one driving the Mustang. So site back and ride.” - Toby Keith

“Nobody had to explain the American dream to Sammy. He knew in his gut that there was a better life available to him if he refused to accept the status quo. It’s all here in Sammy’s new book.” - Ted Nugent

“I’ll admit it: I’ve been a Sammy Hagar wannabe since I heard his voice on a Montrose album...I’m proud to call him a rock star hero, a friend, and a brother in the sun. Rock on, Red Rocker!” - Kenny Chesney

“There are not a lot of people I would drop whatever I’m doing to go and see, but Sammy Hagar is one of thouse people...The man rocks his ass off, and vicariously through him so do I. My man—Sammy Hagar.” - Whoopi Goldberg

“Over the many years I’ve known Sammy, his Red Rocker passion in music has always inspired me. But it’s also his love of cooking great food and sharing a good bottle of wine that has been at the core of our friendship for so long. - Emeril Lagasse 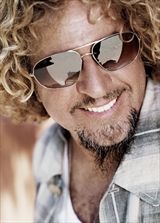 Sammy Hagar is the multiplatinum Red Rocker, the outgoing, bombastic front man of hard rock champions Van Halen, currently embarked on his fourth platinum career with his supergroup, Chickenfoot. In addition to his legendary status among rock stars, he is the masterful entrepreneur behind Cabo Wabo tequila. When he's not on the road, he splits his time among California, Hawaii, and Mexico.

Other Works by Sammy Hagar

Anger Is an Energy