Former Boston Globe reporter Tina Cassidy delivers a remarkable account of one year in the life of Jacqueline Kennedy Onassis, America’s favorite first lady and an international icon. 1975 was a year of monumental changes for Jackie: it was the year she lost her second husband, shipping magnate Aristotle Onassis, saved one of New York City’s cultural landmarks at Grand Central Station, and found her true calling—not as a powerful man’s wife or the mother of future leaders, but as a woman of the workforce with a keen mind and a dedication to excellence. Readers of Christopher Andersen’s Jackie After Jack and Pamela Clarke Keogh’s Jackie Style will find no better look at the intimate world of America’s Queen of Camelot than Tina Cassidy’s Jackie After O.

“In addition to being compelling sketch of a widow seeking to rebuild her life, Cassidy’s portrait of Jackie O also addresses grander, timely themes, such as the juggling of public and private lives, as well as the plight of women entering a still male-dominated workplace.” — Publishers Weekly

“With style and grace befitting her subject, Tina Cassidy reveals the remarkable third act of an iconic American life. JACKIE AFTER O takes us beyond Camelot and Aristotle to the woman herself as she discovers her voice, her strength, and her purpose. A delightful read.” — Mitchell Zuckoff, New York Times bestselling author of Lost in Shangri-La

“Sections set in the 1970s are juicy fun (names like Sinatra and Warhol abound), and Cassidy sprinkles her narrative with sharply observed social commentary. . . . This story of midlife reinvention is invigorating and inspiring.” — Boston Globe 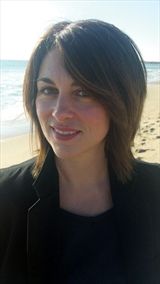 Tina Cassidy, an acclaimed author and journalist, spent most of her career as a reporter and editor at the Boston Globe, where she covered a variety of topics, including business, politics, and fashion. She is also the author of Birth: The Surprising History of How We Are Born. She lives in Massachusetts with her husband and their three sons.

Other Works by Tina Cassidy