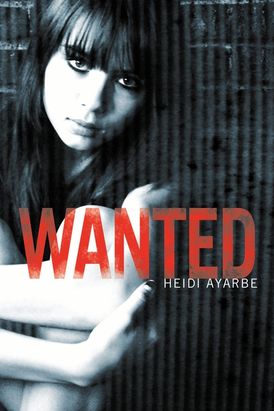 A one-word text message: That's all Michal "Mike" Garcia needs to gather a crowd. Mike is a seventeen-year-old bookie, and Sanctuary is where she takes bets for anyone at Carson City High with enough cash. Her only rule: Never participate, never place a bet for herself.

Then Josh Ellison moves to town. He pushes Mike to live her life, to feel a rush of something—play the game, he urges, stop being a spectator.

So Mike breaks her one rule. She places a bet, feels the rush.

In an act of desperation, she and Josh—who has a sordid past of his own—concoct a plan: The pair will steal from Carson City's elite to pay back Mike's debt. Then they'll give the rest of their haul to those who need it most. How can burglary be wrong if they are making things right?

Wanted will thrust readers into the gritty underbelly of Carson City, where worth is determined by a score, power is derived from threat, and the greatest feat is surviving it all.

“Ayarbe does not shrink from the gritty, depressing reality of twenty-first-century American race and class issues .... Michal emerges as a clear voice in an important conversation. With just enough romance and a fair amount of suspense, this realistic story prompts dialogue about a difficult topic.” - Voice of Youth Advocates (VOYA)

“Wanted is a well-written, suspenseful, even violent book made more troubling by the authenticity and likability of its characters. Readers will ache as they read this page-turner.” - ALA Booklist

“Teens will be drawn in by the action, but the larger issues will linger after the last page is read.” - School Library Journal

Praise for COMPULSION: “Ayarbe exercises both enormous skill and restraint getting to the root of just how debilitating OCD can become .... A gripping, claustrophobic read.” - Booklist (starred review)

Praise for COMPULSION: “A compelling entrée into the claustrophobic world of an OCD teen. Taut, suspenseful and well-realized.” - Kirkus Reviews

Praise for COMPULSION: “Ayarbe gives Jake a compelling and convincing narrative voice that is both poignant and earthy. This achingly believable novel is highly recommended for libraries serving young adults.” - Voice of Youth Advocates (VOYA) 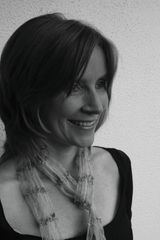 Heidi Ayarbe grew up in Nevada and has lived all over the world. She now makes her home in Colombia with her husband and daughter. She is also the author of Compulsion, Compromised, and Freeze Frame.

Other Works by Heidi Ayarbe