How Four Patriarchs, Three Queens, and Two Emperors Decided What Christians Would Believe for the Next 1,500 Years 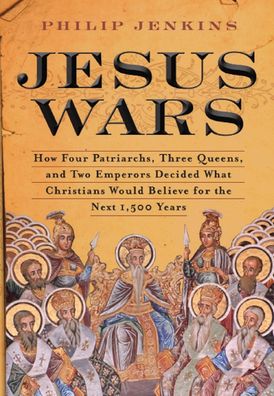 How Four Patriarchs, Three Queens, and Two Emperors Decided What Christians Would Believe for the Next 1,500 Years

The Fifth-Century Political Battles That Forever Changed the Church

In this fascinating account of the surprisingly violent fifth-century church, PhilipJenkins describes how political maneuvers by a handful of powerful charactersshaped Christian doctrine. Were it not for these battles, today’s church could beteaching something very different about the nature of Jesus, and the papacy as weknow it would never have come into existence. Jesus Wars reveals the profoundimplications of what amounts to an accident of history: that one faction ofRoman emperors and militia-wielding bishops defeated another.

“Are you hungry for a rip-roaring tale of theological intrigue filled with conspiracies, Byzantine plots, murder, and mayhem? Or are you longing for a solid, informative, and accurate history of the development of Christian orthodoxy? If your answer is yes to both, Philip Jenkins’s Jesus Wars...is your book.” — Christianity Today

“Jenkins...has done a remarkable job of documenting this little-understood slice of history. There’s lots of excitement and plenty of intrigue, and Jenkins does a fine job in his recitation of this strange story.” — Publishers Weekly

“In showing general readers how he finds fresh ideas and the resurrections of past teachings invigorating to religious studies, Jenkins provides an accessible book . . . the book enlightens readers on the backstory to current Christian divisions . . . ” — Library Journal

“Jenkins manages to explain very clearly why people in the early Christian era were so passionately concerned with issues of high theology.” — The Economist 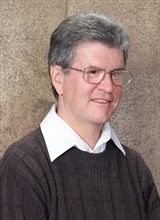