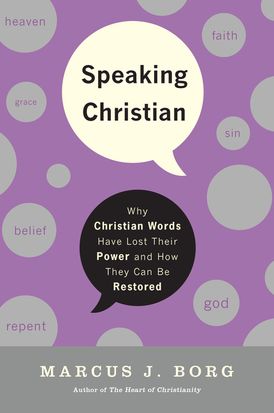 In Speaking Christian, acclaimed Bible scholar Marcus Borg, author of Meeting Jesus Again for the First Time, argues that the very language Christians use has become dangerously distilled, distorted, and disconnected from the beliefs which once underpinned it.

Stating a case that will resonate with readers of N. T. Wright’s Simply Christian, Borg calls for a radical change to the language we use to invoke our beliefs—the only remedy that will allow the Church's words to once again ring with truth, power, and hope.

“This book could start a revolution. Borg cracks open the encrusted words of faith and pops them into fresh language that people can understand and trust. The last time this happened, we got the Reformation.” - Anne Sutherland Howard, Executive Director of The Beatitudes Society

“Ranks with his earlier volumes as efforts to renew and rebuild Christianity by healing long-standing wounds and welcoming millions of alienated men and women.” - Read the Spirit

“A primer to help correct misunderstandings and help those unfamiliar with Christian language become fluent. . . . An important figure on topics from the historical Jesus to religion and culture, he challenges Christians to live for God’s justice in the world and not just focus on the next world.” - Englewood Review of Books 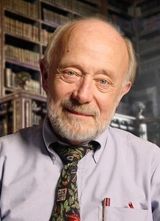 Marcus J. Borg (1942–2015) was a pioneering author and teacher whom the New York Times described as "a leading figure in his generation of Jesus scholars." He was the Hundere Distinguished Professor of Religion and Culture at Oregon State University and canon theologian at Trinity Episcopal Cathedral in Portland, and he appeared on NBC's The Today Show and Dateline, ABC's World News, and NPR's Fresh Air. His books have sold over a million copies, including the bestselling Meeting Jesus Again for the First Time, Reading the Bible Again for the First Time, Jesus, The Heart of Christianity, Evolution of the Word, Speaking Christian, and Convictions.

Other Works by Marcus J. Borg

Days of Awe and Wonder

The Heart of Christianity

The God We Never Knew

Reading the Bible Again for the First Time

Evolution of the Word