and Other Bad Thoughts 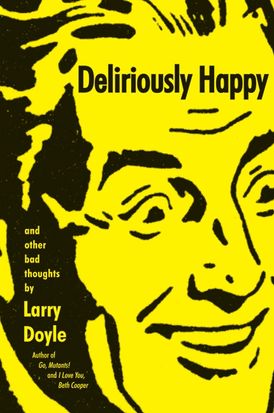 and Other Bad Thoughts

“No matter the subject, Doyle can be trenchant, funny, esoteric, and unpredictable.”
—Publishers Weekly

A former writer for The Simpsons and winner of the James Thurber Prize for American Humor, Larry Doyle redefined end-of-school-life angst with his novel I Love You, Beth Cooper and put the alien back in alienation with Go, Mutants! And now he’s Deliriously Happy, bringing readers a compilation of truly hilarious short pieces including favorites from The New Yorker and Esquire as well as all-new, never before published comic gems. Dave Barry did it.  So did Simon Rich, Woody Allen, and Ian Frazier. Now Larry Doyle’s making his mark with an uproarious collection of side-splitting observances about everything from birth to death and beyond. Anyone who loves to laugh will be Deliriously Happy.

“Dark, funny, strange, funny, angst, funny. Sometimes we felt bad for laughing. But we did it anyway.” - Huffington Post, 11 Books You Need to Know About

“A dizzyingly diverse and consistently hilarious body of short humor pieces originally published in a variety of publications, making a case for the former Simpsons scribe as one of the premier practitioners of the form....An unpredictable, unfailingly intelligent demonstration of a unique wit given free reign.” - Kirkus Reviews

“No matter the subject, Doyle can be trenchant, funny, esoteric, and unpredictable.” - Publishers Weekly 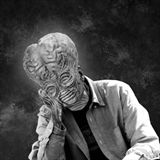 Larry Doyle goes by thelarrydoyle on Facebook, Twitter, and in real life. Too much information about him is available at larrydoyle.com.

Other Works by Larry Doyle

I Love You, Beth Cooper