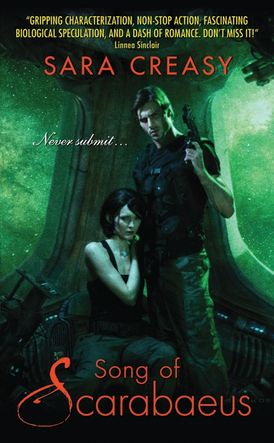 Remember the name: Sara Creasy. With Song of Scarabaeus she takes her place alongside Ann Aguirre and Linnea Sinclair, staking her claim as one of the most exciting new writers currently rocketing across the science fiction universe. Seamlessly blending action, romance, intrigue, technology, and a tough, complex, and unforgettable heroine in the vein of Elizabeth Moon, Creasy boldly goes where few have traveled before. No wonder author Vonda N. McIntyre declares that “Sara Creasy is a new writer to watch, and Song of Scarabaeus is a novel to read and enjoy.”

“Traditionally, readers of fantasy are looking for well-developed characters while SF fans want plot and action. Song of Scarabaeus definitely has both going for it.” — Robin Hobb

“The tension never lets up, both in the action and between the characters, from the first page to the last.” — Trudi Canavan, New York Times bestselling author

“A writer to watch. … The biological speculation rings with truth and possibility, the terraforming-gone-wrong creates an environment of delicious creepiness, and Creasy’s imaginatively-constructed universe draws the reader in.” — Vonda N. McIntyre 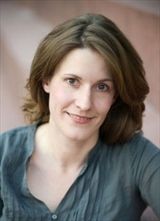 Other Works by Sara Creasy