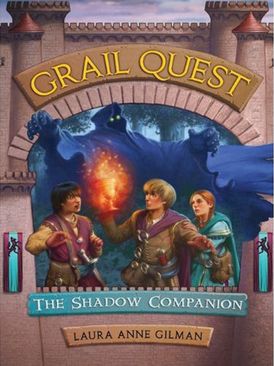 The Quest for the Holy Grail has begun. Three teenagers, Gerard, Ailis, and Newt, have earned a place on the Quest alongside the Knights of the Round Table. But they are not the only ones seeking this treasured cup. King Arthur's sinister half sister, Morgain le Fay, wants the Grail for herself. To make sure she doesn't fail, she has summoned help from someone more evil and powerful than she—the Shadow Companion. But what Morgain doesn't know is that the Shadow Companion has come with a secret agenda. Now it is more important than ever for Gerard, Ailis, and Newt to recover the Holy Grail . . . before a dark power gets it first. 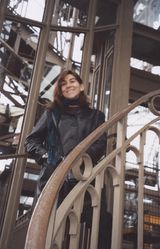 Laura Anne Gilman is an editor and writer who has spent years reading and thinking about the tales of Camelot. She has authored a number of novels for young readers, including two Buffy the Vampire Slayer books. Gilman has been an editor for several years, and is currently the Executive Editor of ROC Books, an imprint of Penguin.

Other Works by Laura Anne Gilman