Chaplin, the Funniest Man in the World 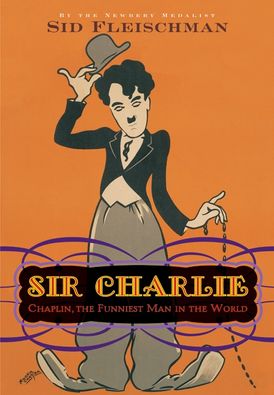 Chaplin, the Funniest Man in the World

See him? That little tramp twitching a postage stamp of a mustache, politely lifting his bowler hat, and leaning on a bamboo cane with the confidence of a gentleman? A slapstick comedian, he blazed forth as the brightest movie star in the Hollywood heavens.

When he was five years old he was pulled onstage for the first time, and he didn't step off again for almost three-quarters of a century. Escaping the London slums of his tragic childhood, he took Hollywood like a conquistador with a Cockney accent. With his gift for pantomime in films that had not yet acquired vocal cords, he was soon rubbing elbows with royalty and dining on gold plates in his own Beverly Hills mansion. He was the most famous man on earth—and he was regarded as the funniest.

Still is. . . . He comes to life in these pages. It's an astonishing rags-to-riches saga of an irrepressible kid whose childhood was dealt from the bottom of the deck. Abundantly illustrated.

Praise for The Trouble Begins at 8: “Highly enjoyable . . . No worthier Twain bio will cross a child’s path than this feisty tale.” - Kirkus Reviews (starred review)

Praise for Escape!: “[Fleischman’s] rendering of the great Houdini is full-bodied and fresh, exuberant yet probing, meticulous and, yes, magical.” - San Francisco Chronicle

“Fleischman does the story of Houdini justice with an accessible, witty, and fascinating ride that is sure to draw in the skeptical and the admiring alike.” - Bulletin of the Center for Children’s Books (starred review)

“Delightful and informative…this book is as good-looking as it is well written.” - Publishers Weekly (starred review)

“A book as entertaining as Sir Charlie himself.” - School Library Journal (starred review)

“A solid success.” - Bulletin of the Center for Children’s Books

“Will appeal to fans of movie history and surely inspire readers to seek out Chaplin’s films.” - Voice of Youth Advocates (VOYA) (starred review) 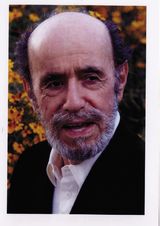 Sid Fleischman wrote more than sixty books for children, adults, and magicians. Among his many awards was the Newbery Medal for his novel The Whipping Boy. The author described his wasted youth as a magician and newspaperman in his autobiography The Abracadabra Kid. His other titles include The Entertainer and the Dybbuk, a novel, and three biographies, Sir Charlie: Chaplin, The Funniest Man in the World; The Trouble Begins at 8: A Life of Mark Twain in the Wild, Wild West; and Escape! The Story of The Great Houdini.

Other Works by Sid Fleischman