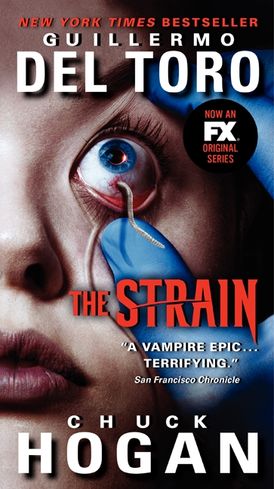 “Chuck Hogan is known for his taut thrillers, Guillermo del Toro for his surreal horror films…The Strain brings out the best of each.”
—Minneapolis Star Tribune

An epic battle for survival begins between man and vampire in The Strain—the first book in a heart-stopping trilogy from one of Hollywood’s most inventive storytellers and a critically acclaimed thriller writer. Guillermo del Toro, the genius director of the Academy Award-winning Pan’s Labyrinth and Hellboy, and Hammett Award-winning author Chuck Hogan have joined forces to boldly reinvent the vampire novel. Brilliant, blood-chilling, and unputdownable, The Strain is a nightmare of the first order.

“[One of] the most original and powerful filmmakers working today.” - The Hollywood Reporter

“His distinctive creatures and otherwordly parables use the realms of fantasy to explore fundamental human issues such as love, alienation, weakness and, of course, fear… [He is] a master of monsters.” - USA Today

“A cinematic magician who has never lost his childlike sense of wonder.” - Peter Jackson and Fran Walsh in Associated Press

“He elevated gothic horror to art. . . . Bilingual, bicultural, multigenre, he has a voice that feels both fresh and ancient.” - Entertainment Weekly 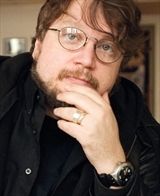 Guillermo Del Toro was born in Guadalajara, Mexico and made his feature directorial debut in 1995 with the film Cronos, and has since gone on to direct Mimic, The Devil’s Backbone, Blade II, Hellboy I, Hellboy II, and Pan’s Labyrinth, which garnered enormous critical praise worldwide and won three Academy Awards.

Chuck Hogan is the author of several accaimed novels, including The Standoff and Prince of Thieves, which won the 2005 Hammet Award. Retitled The Town, the film version stars Ben Affleck, Rebecca Hall and John Hamm. 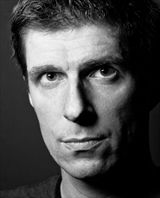 Chuck Hogan is the author of several acclaimed novels, including Devils in Exile and Prince of Thieves, which won the 2005 Hammett Award , was called one of the ten best novels of the year by Stephen King, and was the basis of the motion picture The Town.

Other Works by Chuck Hogan