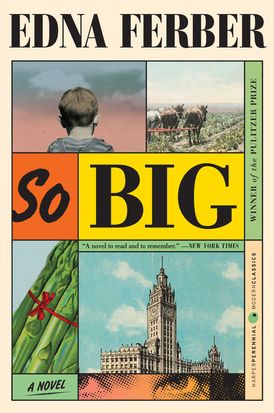 Winner of the Pulitzer Prize and widely considered to be Edna Ferber’s greatest achievement, So Big is a classic novel of turn-of-the-century Chicago.

Hailed as a novel “to read and remember” (New York Times), So Big  is the unforgettable story of the indomitable Selina Peake DeJong and her struggles to stay afloat and maintain her dignity in the face of a challenging marriage, widowhood, and single parenthood. First published in 1924, So Big is a brilliant literary masterwork from one of the twentieth century's most accomplished and admired writers, and still resonates today with its unflinching views of poverty, sexism, and the drive for success.

“It has the completeness, and finality, that grips and exalts and convinces. . . . So Big is a masterpiece.” - Literary Review

“A thoughtful book, clean and strong, dramatic at times, interesting always, clear-sighted, sympathetic, a novel to read and to remember.” - New York Times

“Her books were . . . vivid and had a sound sociological basis. She was among the best-read novelists in the nation, and critics of the 1920s and 1930s did not hesitate to call her the greatest American woman novelist of her day.” - New York Times

“For sheer readability few writers can equal Edna Ferber. She writes so smoothly and brightly, with so much gusto, with so wideawake a style and so clever a selection of detail that she routs all that is common-place and casts out all that is dull.” - New York Times

“There can be no question that So Big gets close to the life of its chosen bit of American soil, or that it is persuasively human in its touch.” - Springfield Republican 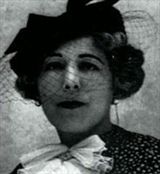 Born in Kalamazoo, Michigan, Edna Ferber (1885-1968) was a novelist, short-story writer, and playwright whose work served as the inspiration for numerous Broadway plays and Hollywood films, including Show Boat, Cimarron, Giant, Saratoga Trunk, and Ice Palace. She co-wrote the plays The Royal Family, Dinner at Eight, and Stage Door with George S. Kaufman and was awarded the Pulitzer Prize for her novel So Big.

Other Works by Edna Ferber

Far From the Madding Crowd

The Song of Achilles