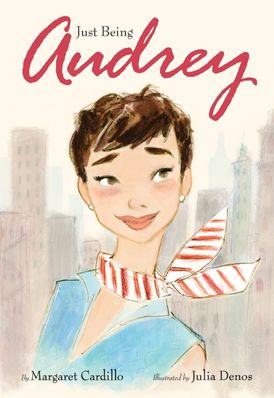 From Roman Holiday to Breakfast at Tiffany's, when Audrey Hepburn starred in a movie, she lit up the screen. Her unique sense of fashion, her grace, and, most important, her spirit made her beloved by generations. But her life offscreen was even more luminous. As a little girl growing up in Nazi-occupied Europe, she learned early on that true kindness is the greatest measure of a person—and it was a lesson she embodied as she became one of the first actresses to use her celebrity to shine a light on the impoverished children of the world through her work with UNICEF.

This is Audrey Hepburn as a little girl, an actress, an icon, an inspiration; this is Audrey just being Audrey.

“Audrey Hepburn proves as irresistible a character in the pages of a children’s book as she is in those soigné roles of the silver screen.” - Publishers Weekly 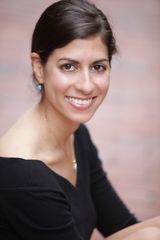 Margaret Cardillo holds degrees from Boston College and the University of Miami. Her first children’s book, Just Being Audrey, a biography of Audrey Hepburn, won the Florida Book Award Gold Medal. Margaret’s writing for the screen won a College Television Award and received several Best of Fest awards. A former children’s book editor, Margaret now teaches screenwriting at the University of Miami, and she lives nearby with her family. You can visit her online at www.margaretcardillo.com.

Other Works by Margaret Cardillo 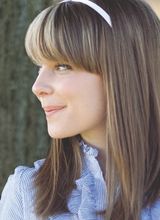 Julia Denos is the author-illustrator of Swatch: The Girl Who Loved Color and the illustrator of several children’s books, including Just Being Audrey by Margaret Cardillo, I Had a Favorite Dress by Boni Ashburn, Dotty by Erica S. Perl, Grandma’s Gloves by Cecil Castellucci, and Letters to Leo by Amy Hest. Julia currently lives in Boston. You can visit her online at www.juliadenos.com.

Other Works by Julia Denos

Free as a Bird

Alabama Spitfire: The Story of Harper Lee and To Kill a Mockingbird