The Magnificent 12: The Call 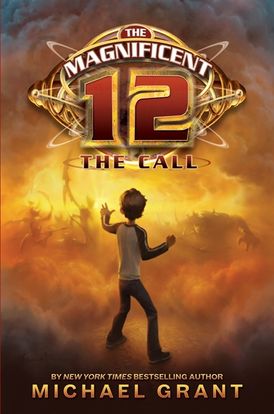 The Magnificent 12: The Call

Twelve-year-old Mack MacAvoy suffers from a serious case of mediumness. Medium looks. Medium grades. Medium parents who barely notice him. With a list of phobias that could make anyone crazy, Mack never would have guessed that he is destined for a more-than-medium life.

And then, one day, something incredibly strange happens to Mack. A three-thousand-year-old man named Grimluk appears in the boys’ bathroom to deliver some startling news: Mack is one of the Magnificent Twelve, called the Magnifica in ancient times, whatever that means. An evil force is on its way, and it’s up to Mack to track down eleven other twelve-year-olds in order to stop it. He must travel across the world to battle the wicked Pale Queen’s dangerous daughter, Ereskigal—also known as Risky. But Risky sounds a little scary, and Mack doesn’t want to be a hero. Will he answer the call?

“A terrific start, with an elaborate website festooned with games and contests to ease the wait for sequels.” — Booklist (starred review)

“A lighter-than-usual fantasy action-adventure that is sure to win many fans and fly off the shelves.” — Kirkus Reviews (starred review)

“Grant’s brand of action and humor should satisfy both those readers who get down with fantasy and those who prefer to send it up.” — Bulletin of the Center for Children’s Books