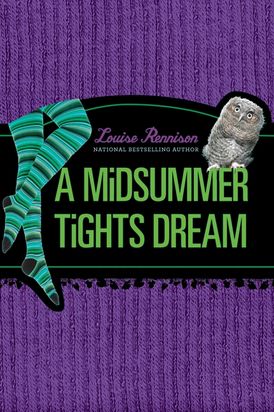 In A Midsummer Tights Dream, Tallulah’s second great (mis)adventure, things are starting to look up for the budding star. She has been officially admitted to the Dother Hall performing arts program in Yorkshire. Her corkers have done some developing since last term. And she’s picked up some advice on snogging from dear old Georgia. So she’s ready to return to the stage—and face her crushes again.

But Tallulah will have more than boy drama to deal with. This term’s project is Shakespeare’s A Midsummer Night’s Dream, and Tallulah has been cast as Bottom, the fool who spends most of the play with the head of a donkey. Even worse, if the show isn’t a complete success, the school won’t have enough money to stay open for another year.

“It wouldn’t be a Rennison book without plenty of humor, self-deprecation, and literary and musical references. Lullah’s adoring fans will not be disappointed by this entertaining ride on “the showbiz express.” - The Horn Book

“Readers will enjoy Tallulah’s use of hilarious British slang (don’t worry, there is a glossary) and her vibrant personality, and off-kilter descriptions perfectly capture the exuberance and awkwardness of early adolescence.” - School Library Journal

PRAISE FOR WITHERING TIGHTS: “I don’t know how, but Louise Rennison has done it again. Tallulah is even funnier, warmer, and sweeter than her cousin Georgia Nicolson. I fell in love with Withering Tights, and you will too!” - Meg Cabot, author of The Princess Diaries and Abandon series

“Louise Rennison has created another superbly realistic and hilarious young teen heroine, a younger Georgia Nicolson, in the first book of a new series. Tallulah’s wry comments on her life and her dreams are sure to enchant girl readers who will laugh and cry with the spunky, hopeful entertainer.” - Voice of Youth Advocates (VOYA) (starred review)

“Fans of Georgia Nicolson will be thrilled to meet her cousin Tallulah in Printz Honor-winner Rennison’s new madcap melodrama. Undeniably entertaining; Georgia would be pleased.” - Kirkus

“Tallulah is a vivacious and hilarious character who will speak to every girl. This is a wonderful start to a new series that will attract Georgia’s many fans as well as bring in new readers, who will fall in love with Tallulah and all of her quirks.” - School Library Journal

“Absurdity is a key point here, and it’s richly delivered by Tallulah’s exploits. Ideal for readers seeking a high-spirited silly British romp.” - Bulletin of the Center for Children’s Books

“Tallulah is an effervescent protagonist who will keep fans of YA Brit lit laughing until the very end.” - Publishers Weekly

“This Brit lit romp through the moors will leave readers looking forward to next term and more Tallulah.” - The Horn Book 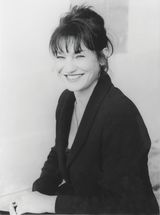 <b>Louise Rennison</b> was a journalist, comedian and beloved author. In 1999, she introduced Georgia Nicolson to the world with <i>ANGUS THONGS & FULL-FRONTAL SNOGGING</i> – the first in a 10-book series. The book won the Nestlé Smarties Book Prize Bronze Award and was adapted for film in 2008. In the same year, Louise was crowned Queen of Teen for the series, and in 2010, was awarded the Roald Dahl Funny Prize for <i>WITHERING TIGHTS</i> – the first in a spin-off following the hysterical misadventures of Georgia’s cousin, Tallulah.

Sadly, Louise passed away in 2016 at 64-years-young. She left behind a legion of adoring readers who hold Georgia and the Ace Gang close to their hearts. Her books have been translated into 37 languages and have sold more than 2.6 million copies in the UK. Louise lives on through her cherished character Georgia – who was based on her own teen experiences. In Louise’s and Georgia’s own words: “<b>He who laughs last, laughs the laughiest.</b>”

Other Works by Louise Rennison

Knocked Out by My Nunga-Nungas

On the Bright Side, I'm Now the Girlfriend of a Sex God

Away Laughing on a Fast Camel

A Need So Beautiful