The Exaltation of a Jewish Preacher from Galilee 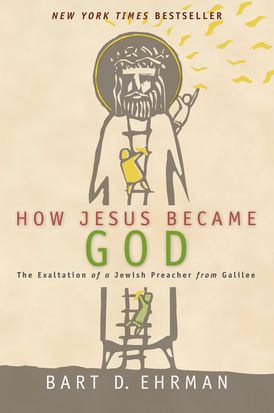 The Exaltation of a Jewish Preacher from Galilee

The claim at the heart of the Christian faith is that Jesus of Nazareth was, and is, God. But this is not what the original disciples believed during Jesus’s lifetime—and it is not what Jesus claimed about himself. How Jesus Became God tells the story of an idea that shaped Christianity, and of the evolution of a belief that looked very different in the fourth century than it did in the first.

A master explainer of Christian history, texts, and traditions, Ehrman reveals how an apocalyptic prophet from the backwaters of rural Galilee crucified for crimes against the state came to be thought of as equal with the one God Almighty, Creator of all things. But how did he move from being a Jewish prophet to being God? In a book that took eight years to research and write, Ehrman sketches Jesus’s transformation from a human prophet to the Son of God exalted to divine status at his resurrection. Only when some of Jesus’s followers had visions of him after his death—alive again—did anyone come to think that he, the prophet from Galilee, had become God. And what they meant by that was not at all what people mean today.

Written for secular historians of religion and believers alike, How Jesus Became God will engage anyone interested in the historical developments that led to the affirmation at the heart of Christianity: Jesus was, and is, God.

HOW JESUS BECAME GOD makes the most astonishing and complex topic in the history of Christianity accessible to every reader, and offers a clear and balanced discussion of how various Christians–and non- Christians-see Jesus. — Elaine Pagels, professor of religion at Princeton University and author of The Gnostic Gospels

“ In this lively and provocative book, Ehrman gives a nuanced and wide-ranging discussion of early Christian Christology. Tracing the developing understanding of Jesus, Ehrman shows his skills as an interpreter of both biblical and nonbiblical texts. This is an important, accessible work by a scholar of the first rank.” — Michael Coogan, Harvard Divinity School lecturer and editor of The New Oxford Annotated Bible

“Ehrman writes with vigor and clarity, but above all with intellectual honesty. He demystifies a subject on which biblical scholars too often equivocate. Both believers and non-believers can learn much from this book.” — John J. Collins, Holmes Professor of Old Testament at Yale

“This careful book starts where the ‘historical Jesus’ accounts ends and lays out how this absorbing story continued for centuries. Candid and direct, it unfolds what often seem to be the unnecessarily complicated controversies that divided early Christians in a fair and understandable manner.” — Harvey Cox, Hollis Research Professor of Divinity at Harvard

“How did ancient monotheism allow the One God to have a ‘son’? Bart Ehrman tells this story, introducing the reader to a Jewish world thick with angels, cosmic powers, and numberless semi-divinities. How Jesus Became God provides a lively overview of Nicea’s prequel.” — Paula Fredriksen, Distinguished Visiting Professor at the Hebrew University, Jerusalem, and author of Jesus of Nazareth, King of the Jews

“Ehrman writes very personally, especially in the beginning, and this approach draws the reader into a subject that is littered with curves and contradictions... This fascinating discussion will engage—and provoke—a wide audience.” — Booklist

“Ehrman’s book raises questions that should interest us all... [and] represents a genuine conversation among informed scholars.” — Christian Century

“Bart Ehrman has made a career of zeroing in on some of the most difficult questions at the intersection of faith and history.” — Boston Globe 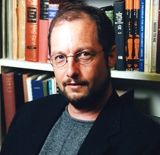 Bart D. Ehrman is one of the most renowned and controversial Bible scholars in the world today. He is the James A. Gray Distinguished Professor of Religious Studies at the University of North Carolina, Chapel Hill, and is the author of more than twenty books, including the New York Times bestsellers How Jesus Became God; Misquoting Jesus; God’s Problem; Jesus, Interrupted; and Forged. He has appeared on Dateline NBC, The Daily Show with Jon Stewart, CNN, History, and top NPR programs, as well as been featured in TIME, the New York Times, The Washington Post, The New Yorker, and other publications. He lives in Durham, North Carolina. Visit the author online at www.bartdehrman.com.

Other Works by Bart D. Ehrman

Jesus Before the Gospels