A Mother and Daughter Memoir 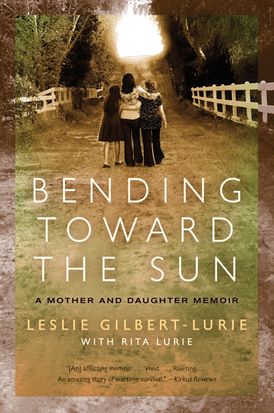 A Mother and Daughter Memoir

A beautifully written family memoir, Bending Toward the Sun explores an emotional legacy—forged in the terror of the Holocaust—that has shaped three generations of lives. Leslie Gilbert-Lurie tells the story of her mother, Rita, who like Anne Frank spent years hiding from the Nazis, and whose long-hidden pain shaped both her daughter and granddaughter’s lives. Bringing together the stories of three generations of women, Bending Toward the Sun reveals how deeply the Holocaust lives in the hearts and minds of survivors and their descendants.

“BENDING TOWARD THE SUN is a captivating memoir that explores a complicated, loving, and enduring mother-daughter bond, and reveals how doubts, hopes, and dreams are handed down from generation to generation. As both a mother and a daughter, I found it deeply touching.” - Arianna Huffington, author, syndicated columnist, and founder of The Huffington Post

“Here is a memoir that takes us through many worlds, through heartache and noble hopes, through the mysteries of family love and toward a beautiful, light filled conclusion. Read BENDING TOWARD THE SUN and enrich your life.” - Rabbi David Wolpe, author of Why Faith Matters and Making Loss Matter-Creating Meaning in Difficult Times

“BENDING TOWARD THE SUN is . . . bolstered by writing that is compelling and sensitive, the book transcends the holocaust genre with its multi-generational point of view on the ultimate effect of fear and evil on young minds.” - Dick Wolf, Emmy Award-winning creator and Executive Producer of Law and Order; Law and Order: Special Victims Unit; and Law and Order: Criminal Intent 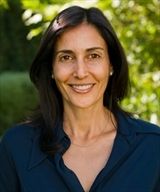 A writer, lawyer, and former executive at NBC, Leslie Gilbert-Lurie is a member and former president of the Los Angeles County Board of Education and a teacher of Holocaust studies. A founding board member and past president of the nonprofit Alliance for Children's Rights, she has worked at a major Los Angeles law firm, served as a Ninth Circuit Court of Appeals law clerk, and is a member of the board of directors for several nonprofit organizations, including the Los Angeles Music Center. Recently Leslie was appointed by the mayor of Los Angeles to a panel to devise a new cultural plan for the city. She is a recipient of the American Jewish Congress's Tzedek Award for Outstanding Commitment to Civil Rights, Civil Liberties, and Justice, and the Alliance for Children's Rights Child Advocate of the Year Award. She lives in Los Angeles, California, with her husband, two children, and stepson.

Other Works by Leslie Gilbert-Lurie