19 Writers Come Clean About the Shows We Can't Stop Watching 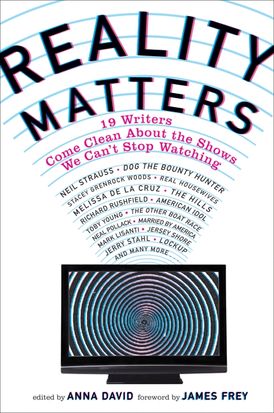 19 Writers Come Clean About the Shows We Can't Stop Watching

Top Chef. America’s Next Top Model. Survivor. Dancing with the Stars. American Idol. Big Brother. The Biggest Loser… Everyone has a guilty reality television pleasure. Curated by Party Girl author Anna David, Reality Matters is a collection of hilarious yet revealing essays from novelists, essayists, and journalists—including Toby Young, Neil Strauss, and Stacey Grenrock Woods, among many others—about the reality television shows they love, obsess over, and cringe at; and why they, and America, can’t stop watching.

“Durable writing about reality television, is such a thing possible?...[Reality Matters] may answer that question. It contains considered essays on “Project Runway,” “Dog Whisperer,” “Survivor,” and “Jersey Shore”....[and] useful analysis of the fakery/reality issues inherent in television that purports to be, though rarely is, entirely true. ” - The New Yorker

“If there’s anything more entertaining than experiencing the guilty pleasure of reality TV firsthand, it’s reading a bunch of brilliant people trying to rationalize their obsession with the genre.” - Flavorpill 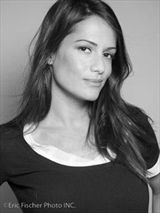 Anna David is the author of the novels Party Girl and Bought, and the editor of the anthology Reality Matters. She has written for the New York Times, the Los Angeles Times, Redbook, Details, and many other publications. She has appeared on national television programs including Today, Hannity, and CNN’s Showbiz Tonight.

Other Works by Anna David

In the Little World