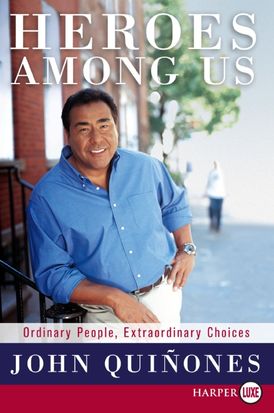 Heroes Among Us reminds us all of the courage and dignity it takes to stand up for oneself and those around us. By chronicling such bravery, John Quiñones captures America's can-do spirit and shows that through the slightest good deed, each one of us harbors a hero within.

Texas native and veteran ABC journalist John Quiñones has traveled the world and the country reporting on hundreds of stories during his illustrious career. Long ago he realized that the stories he was most attracted to had one thing in common—a shared focus on the goodness inherent in ordinary Americans.

According to John, truly heroic individuals are people who make difficult choices, even in the face of danger, without giving in to fear. They don't expect fame or money for their efforts—they're just doing the right thing. They are compassionate and courageous, and our world would be a far worse place without them. They rarely get the recognition they deserve.

Heroes Among Us means to change that.

Along with reporting the many stories of heroes he's met, John also shares his own touching personal narrative of his rise from humble roots as the son of a laborer and a house cleaner to his life as a network anchor. His is one of the most American of stories.

Heroes Among Us, in its stories of selflessness, strength and bravery, offers inspiration, ultimately challenging each of us to learn from the great deeds of our neighbors and, in turn, to follow in that same heroic spirit.

This is a book to cherish, one whose wisdom will be felt for years to come.

“John Quinones has spent his career in the heart and sinew of America. The book makes you a promise—that courage, humanity, generosity triumph—that all of us can walk in the footsteps of heroes and learn about bravery, joy, hope, and life lived to the fullest.” — Diane Sawyer 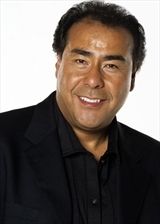 John Quiñones is the ABC anchor of What Would You Do?, coanchor of Primetime, and a correspondent for 20/20. Winner of seven Emmy Awards, Quiñones has also been honored with the Robert F. Kennedy Journalism Award's Grand Prize for International Reporting. Quiñones received a master's degree from the Columbia School of Journalism and makes his home in New York City.

Other Works by John Quinones