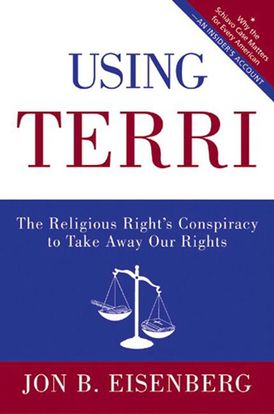 The Terri Schiavo case was a key battle in a larger political struggle over abortion, stem-cell research, physician-assisted suicide, gay rights, and the appointment of federal judges. The religious Right chose to make it a national spectacle because they thought they could win. They were wrong. But there are many more battles to come. Jon Eisenberg, who served as one of the lead attorneys on Michael Schiavo's side, exposes the religious Right's strategies and follows the money trail to reveal how they are organized, who is funding the movement, and where we can expect future legal maneuvers to combat the American traditions of autonomy and freedom.

Jon Eisenberg has experienced the family struggle of removing a feeding tube from a loved one and witnessed firsthand the Florida drama that will continue to have national legal and political consequences for years to come. What tactics can we expect to see in courtrooms and state legislatures all across this country in the days ahead? Who is behind the funding and what do they hope to accomplish and when? What are the religious and bioethical issues that are at the center of these debates and how will they affect future legal battles? Using Terri gives us a behind-the-scenes look at what happened -- and what's coming.

“A beautifully written book that shows how the religious Right is waging a well-funded campaign threatening all our freedoms.” - Erwin Chemerinsky, Alston & Bird Professor of Law and Professor of Political Science, Duke University

“If you care about preserving your right to control how you die this book will prove to be vital reading.” - Arthur Caplan, The Emanuel and Robert Hart Professor of Bioethics, Chair of the Department of Medical Ethics and Director, Center for Bioethics University of Pennsylvania

“A frank and unsettling account of the legal and political machinations surrounding the tragic death of Terri Schiavo.” - Edward Lazarus, author of Closed Chambers: The Rise, Fall, and Future of the Modern Supreme Court 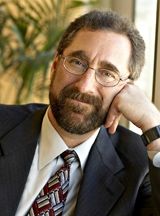 Jon B. Eisenberg was one of the attorneys on Michael Schiavo's side in the Terri Schiavo case. He has litigated in appellate courts on a variety of civil rights and business issues, including free speech, the right to die, reproductive choice, mediation, ethics, and corporate fraud. He is with the law firm of Eisenberg & Hancock LLP and teaches appellate procedure at University of California Hastings Law school in San Francisco.

Other Works by Jon Eisenberg