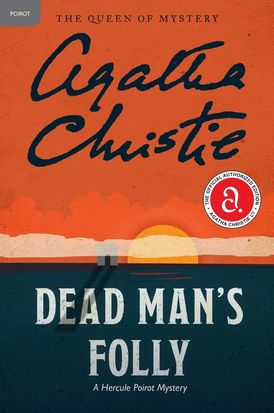 When a mock murder game staged for charity threatens to turn into the real thing, the intrepid Hercule Poirot is called in to take part in this Dead Man’s Folly, a classic from the queen of suspense, Agatha Christie.

Sir George and Lady Stubbs, the hosts of a village fete, hit upon the novel idea of staging a mock murder mystery. In good faith, Ariadne Oliver, the well-known crime writer, agrees to organize their murder hunt.

Despite weeks of meticulous planning, at the last minute Ariadne calls her friend Hercule Poirot for his expert assistance. Instinctively, she senses that’s something sinister is about to happen….

“Poirot is the guide who led me into the wondrous maze of crime fiction. And I’ve never wanted to escape.” — Meg Gardiner, Edgar Award-winning author

“The infallibly original Agatha Christie has come up, once again, with a new and highly ingenious puzzle-construction.” — New York Times

“A classic Christie and one of the best.” — The Times (London)

“The solution is of the colossal ingenuity we have been conditioned to expect.” — The Times Literary Supplement (London)