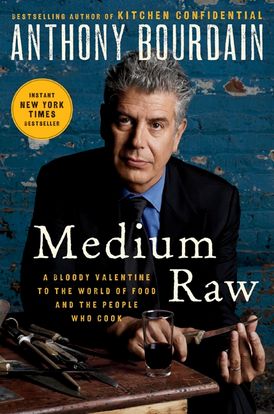 Medium Raw marks the return of the inimitable Anthony Bourdain, author of the blockbuster bestseller Kitchen Confidential and three-time Emmy Award-nominated host of No Reservations on TV’s Travel Channel. Bourdain calls his book, “A Bloody Valentine to the World of Food and the People Who Cook,” and he is at his entertaining best as he takes aim at some of the biggest names in the foodie world, including David Chang, Alice Waters, the Top Chef winners and losers, and many more. If Hunter S. Thompson had written a book about the restaurant business, it could have been Medium Raw.

“Bourdain has insight, access and good taste, and he’s a naturally engaging writer...Bourdain is a hopeless romantic when it comes to food and the people who cook. The subtitle’s real valentines are two elegantly written profiles.” - New York Times Book Review

“Like a stinky fish sauce from his beloved Vietnam, [Bourdain’s] appeal among the food die-hards has only grown stronger and more pungent over time, and this book will only solidify that adoration.” - Austin American-Statesman

“This is Bourdain at his best. His food-porn vignettes are guaranteed to make your mouth water.” - Miami Herald

“The KITCHEN CONFIDENTIAL author is a father now, but he hasn’t cleaned up his language, lost his zesty appetite or his critical zing.” - Time Magazine

“Bourdain is back with more intriguing food fights, moving further from the kitchen into the eating industry. [Bourdain’s] dissections...are still as hilarious, as scatological and as spot-on as ever....his fare—and his prose—is still quite spicy.” - BookPage

“Full of things everybody in the food world thinks but nobody will say...If [Bourdain’s] sharp eye and his wicked tongue have brought him acclaim, what’s kept him in the spotlight is his heart. Like Oscar Wilde, he’s a moralist in the guise of a libertine. Long may he prosper.” - Denver Post

“Mr. Bourdain is a vivid, bawdy and often foul-mouthed writer. He thrills in the attack, but he is also an enthusiast who writes well about things he holds dear.” - Wall Street Journal 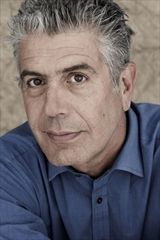 Anthony Bourdain was the author of the novels Bone in the Throat and Gone Bamboo, the memoir A Cook’s Tour, and the New York Times bestsellers Kitchen Confidential, Medium Raw, and Appetites. His work appeared in the New York Times and The New Yorker. He was the host of the popular television shows No Reservations and Parts Unknown. Bourdain died in June 2018.

Other Works by Anthony Bourdain