On Creativity and the Unconscious

The Psychology of Art, Literature, Love, and Religion 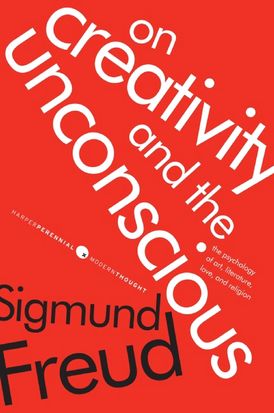 On Creativity and the Unconscious

The Psychology of Art, Literature, Love, and Religion

On Creativity and the Unconscious brings together Freud's important essays on the many expressions of creativity—including art, literature, love, dreams, and spirituality. This diverse collection includes "The 'Uncanny,'" "The Moses of Michelangelo," "The Psychology of Love," "The Relation of the Poet to Day-Dreaming," "On War and Death," and "Dreams and Telepathy."

“Freud, more than any other explorer of the psyche, shaped the mind of the 20th century” - Peter Gay, Time magazine

“The founder of psychoanalysis gave the world more than a theory and a therapy. He provided a world view. His ideas about dreams, religion, creativity, and the unconscious motivations underlying all human behavior are so pervasive that it would be difficult to imagine twentieth-century thought without them.” - Newsweek

“Freud is a deep explorer of the human condition, working in a tradition which goes back to Sophocles and which extends through Plato, Saint Augustine and Shakespeare to Proust and Nietzsche. . . .no thinker has made creativity and imagination more democratically available than Freud. This is one of the truly important consequences of locating the unconscious inside the psyche. Creativity is no longer the exclusive preserve of the divinely inspired, or the few great poets. From a psychoanalytic point of view, everyone is poetic; everyone dreams in metaphor and generates symbolic meaning in the process of living.” - New Republic 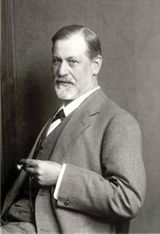 The father of psychoanalysis, Sigmund Freud (1856-1939) was born in Austria and studied medicine at the University of Vienna. His many works include The Interpretation of Dreams and Civilization and Its Discontents.

Other Works by Sigmund Freud