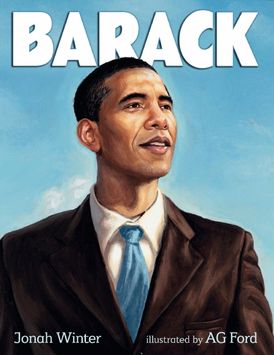 A glowing picture book biography of the 44th President of the United States, Barack Obama.

This is a journey that began in many places.

Jonah Winter and AG Ford re-create the extraordinary story behind the rise of the inspirational icon Barack Obama in this stunning picture book. 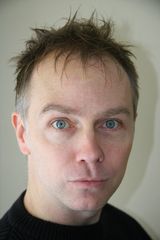 Jonah Winter grew up in Dallas, Texas, and saw JFK on November 22, 1963, moments before he was assassinated. Mr. Winter is the author of many celebrated biographies for young readers, including the New York Times bestselling Barack, also illustrated by AG Ford; You Never Heard of Sandy Koufax?!; Dizzy; and Frida.

Other Works by Jonah Winter 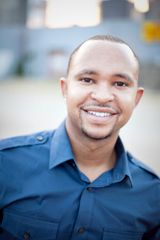 AG Ford is the illustrator of the New York Times bestselling Barack by Jonah Winter and also of Michelle and First Family by Deborah Hopkinson. He is the recipient of an NAACP Image Award.

Other Works by AG Ford