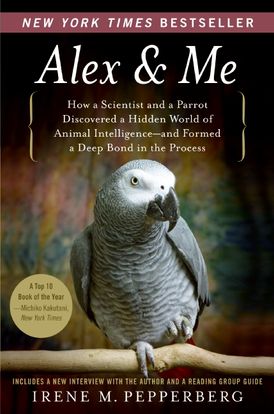 Alex & Me is the remarkable true story of an extraordinary relationship between psychologist Irene M. Pepperberg and Alex, an African Grey parrot who proved scientists and accepted wisdom wrong by demonstrating an astonishing ability to communicate and understand complex ideas. A New York Times bestseller and selected as one of the paper’s Top Ten Books of the Year, Alex & Me is much more that the story of an incredible scientific breakthrough. It’s a poignant love story and an affectionate remembrance of Pepperberg’s irascible, unforgettable, and always surprising best friend.

“To anyone who’s dreamed of talking with the animals, Dr. Doolittle style, Alex was a revelation…This ornery reviewer tried to resist Alex’s charms on principle. But his achievements got the better of me…Alex was a celebrity, and this book will surely please his legions of fans.” - New York Times Book Review

“A moving tribute that beautifully evokes ‘the struggles, the initial triumphs, the setbacks, the unexpected and often stunning achievements’ during a grounbreaking scientific endeavor...” - Publishers Weekly

“A fascinating look at animal intelligence, Pepperberg’s tale is also a love story between beings who sometimes ‘squabble like an old married couple’ but whose bond broke only with Alex’s death at 31 in ‘07. Irresistible.” - People 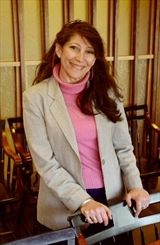 Irene M. Pepperberg is an associate research professor at Brandeis University in Massachusetts and teaches animal cognition at Harvard University. She is head of the Alex Foundation and author of The Alex Studies: Cognitive and Communicative Abilities of Grey Parrots.

Other Works by Irene Pepperberg