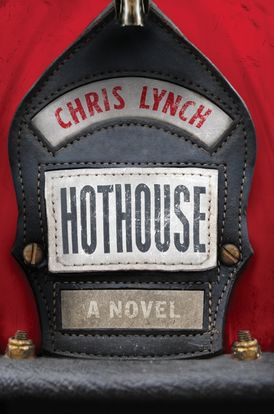 If you do it right, it can be a life. The hothouse, the guys, the glory. But just like that, it can all go up in smoke.

In the beginning it was strange, ya know, because of all that we had lost. But there was something about it that felt so good and so right, too: "I'm so proud of you, Russ." "We'll always be here for you, man." "Heroes don't pay for nothin' in this town." It was nonstop. The mayor shook my hand. Ladies sent food. I've never eaten so much baked ham in my life.

And now? Now the phone won't stop ringing from the crazies ready to blame me. My mom has to cry herself to sleep. They take a firefighter, a man, and they pump him up so big. . . . But once they start taking it away from you, they don't stop until they leave nothing on the bones.

“In Hothouse, Lynch has once again masterfully introduced the reader into the very depths of the young male psyche. Hothouse is a satisfying read, beginning to end.” - Voice of Youth Advocates (VOYA) (starred review)

“An understated yet moving story about heroism, community opinion, the evanescence of reputation, and father-son love.” - Bulletin of the Center for Children’s Books (starred review)

“Russ’ friendships are so real they hurt. The story hurts, too, but that’s how it should be.” - ALA Booklist

“A concise exploration of manhood, heroism and the psychology of a small northern town in the aftermath of a fire that kills two firefighters. An affecting and insightful drama.” - Kirkus Reviews

“Lynch’s writing has a lyrical, almost musical quality. But underneath this, buoying the story all along, is a fighting spirit, a humor, hopefulness and passion for life. - BookPage

“Chris Lynch has brought to the page a novel about the depth of loss, the journey to recovery, and all that lies in between. And in his skilled hand, this becomes a story about all of us.” - Three-time Newbery Honor author Jacqueline Woodson

“I cannot recommend this book enough. A winner by all measures. Outstanding!” - Graham Salisbury, award-winning author of UNDER THE BLOOD RED SUN 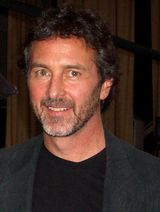 Chris Lynch is a National Book Award finalist and the author of many highly acclaimed books for young adults, including The Big Game of Everything, Who the Man, and the Michael L. Printz Honor Book Freewill; Iceman, Shadow boxer, Gold Dust, and Slot Machine, all ALA Best Books for Young Adults; and Extreme Elvin. He also mentors aspiring writers and teaches in the creative writing program at Lesley University in Cambridge, Massachusetts.

Other Works by Chris Lynch