The Ballad of West Tenth Street 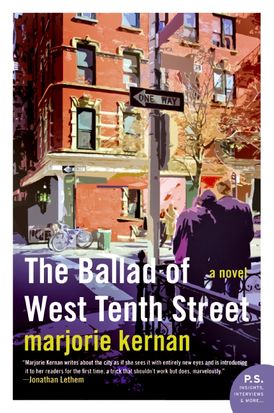 The Ballad of West Tenth Street

. . . there stood a pair of fine old brick townhouses on West Tenth Street. One had a blue door with a tarnished brass knocker in the shape of a dolphin. The other was empty. Behind the blue door lived Sadie, the widow of a famous British rocker who died of an overdose, and two of her children, Hamish and Deen.

The children manage to muddle along as best they can with a loving but distracted mother. But their whole world changes when the house next door gets a new owner—a mysterious Southerner who quickly endears himself to his new neighbors, taking them—and their friends—under his protective wing. In doing so, he transforms everything.

“Marjorie Kernan has written the sort of totally charming, mood-elevating novel that you finish quickly and then want to pass along to all of your friends.” — Connecticut Post

“Marjorie Kernan writes about the city as if she sees it with entirely new eyes and is introducing it to her readers for the first time, a trick that shouldn’t work, but does, marvelously.” — Jonathan Lethem, author of Motherless Brooklyn and Fortress of Solitude

“(A) captivating debut. Kernan’s portrait of Manhattan is vivdly drawn, an insightful illustration of how a string of city blocks can feel like home.” — Publishers Weekly (starred review)

“Kernan masterfully limns her assemblage of New Yorkers. Her vivid characterizations of these damaged but good-hearted people and the joyous but realistic manner in which she draws New York City come together in an utterly charming fable about the creation of community. Highly recommended for fiction collections.” — Library Journal (starred review)

“Kernan’s characters are reminiscent of those of Charles Dickens: generally well-meaning, yet flawed. The reader grows to care about what happens to each of these exotic characters...THE BALLAD OF WEST TENTH STREET is a charming and entertaining read. — Sacramento Book Review 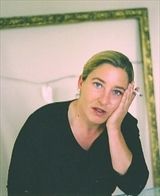 Marjorie Kernan, a former painter, owns an antiques shop on the coast of Maine. This is her first novel.

Other Works by Marjorie Kernan