A Comedy of Negro Life 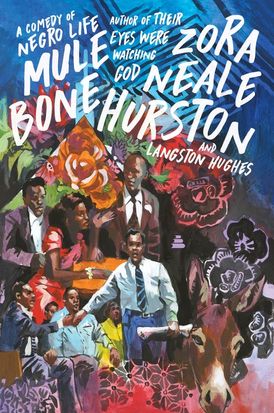 A Comedy of Negro Life

In 1930, two giants of African American literature joined forces to create a lively, insightful, often wildly farcical look inside a rural Southern black community—the three-act play Mule Bone. In this hilarious story, Jim and Dave are a struggling song-and-dance team, and when a woman comes between them, chaos ensues in their tiny Florida hometown. This extraordinary theatrical work broke new ground while triggering a bitter controversy between the collaborators that kept it out of the public eye for sixty years.

This edition of the rarely seen stage classic features Hurston's original short story, "The Bone of Contention," as well as the complete recounting of the acrimonious literary dispute that prevented Mule Bone from being produced or published until decades after the authors' deaths.

Zora Neale Hurston was a novelist, folklorist, and anthropologist. An author of four novels (Jonah’s Gourd Vine, 1934; Their Eyes Were Watching God, 1937; Moses, Man of the Mountain, 1939; and Seraph on the Suwanee, 1948); two books of folklore (Mules and Men, 1935, and Tell My Horse, 1938); an autobiography (Dust Tracks on a Road, 1942); and over fifty short stories, essays, and plays. She attended Howard University, Barnard College and Columbia University, and was a graduate of Barnard College in 1927. She was born on January 7, 1891, in Notasulga, Alabama, and grew up in Eatonville, Florida. She died in Fort Pierce, in 1960.  In 1973, Alice Walker had a headstone placed at her gravesite with this epitaph: “Zora Neale Hurston: A Genius of the South.” 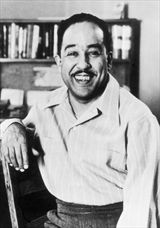 Langston Hughes (1902-1967) ranks as one of the greatest American poets of the twentieth century. A landmark figure in the Harlem Renaissance, his work profoundly captures and celebrates the trials and triumphs of his exquisitly drawn characters. In addition to his poetry, he was also the author of the novels Not Without Laughter and Something in Common, the play Mulatto, and two volumes of autobiography.

Other Works by Langston Hughes

Seraph on the Suwanee

Every Tongue Got to Confess

Hitting a Straight Lick with a Crooked Stick