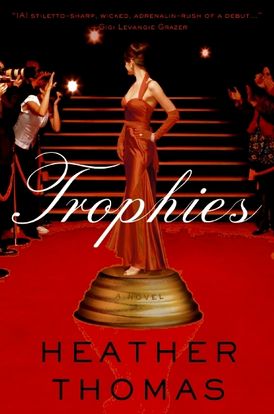 Marion Zane re-created herself to achieve the title of L.A.'s top Trophy—with a faithful husband, loyal fellow-Trophy friends, queen-bee status over the Hollywood "name-above-the-title" charities, and, best of all, no prenup! So why is she so nervous?

Maybe she's forgotten that in L.A. enemies can come disguised as girlfriends. And when she impulsively breaks the unwritten code by stepping on another Trophy's charity turf, it's a fatal mistake.

Drugged and framed by a jealous rival and her powerful mystery partner, Marion finds herself abandoned by her husband, left penniless, her deepest secrets rudely exposed. Undaunted, she hides her newfound poverty while dreaming of regaining her love, social position, and dermatologist. But when forced to choose between vilification or re-enthronement at the price of betraying a friend, Marion is torn. After all, Marion Zane didn't become Marion Zane by fair play alone.

“Made me laugh out loud...ironic, smart and surprisingly touching.” - Harrison Ford

“In this celebrity-driven culture, you probably think you know this world. You don’t. Not until your read this delightful and insightful first novel by Heather Thomas.” - Norman Lear

“Most torrid novel by a Hollywood wife” - Daily News

“Beach books’ social-climbing wars more often take place in New York or California. And “Trophies,” (is) a Hollywood wives story by the actress Heather Thomas, who can write a Jackie Collins book about as well as Ms. Collins can, stages them with gusto. - New York Times

“Heather Thomas has penned an engaging yarn about the pampered wives of L.A.’s moneyed elite.” - Variety 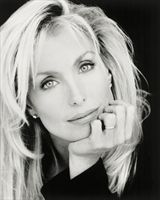 Other Works by Heather Thomas